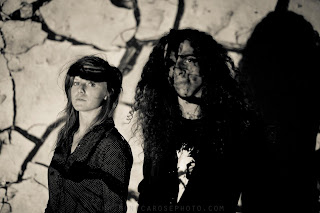 It's turning out to be an incredibly productive year so far for Las Vegas guitarist Josh Cohen who has already successfully achieved the $3600 needed to fund the recording of his band, Candy Warpop's first full-length album thanks to an ambitious Kickstarter campaign launched last month. This week, however, Josh has unveiled another project which he calls, "Pale Antique" and has teamed up with the talented Meagan Wyzenbeek, a.k.a. "Tallemaja", to release a dark and delightfully melancholy single entitled, "Facteur Divin".

The project is described as, "an ongoing collaboration" which also features the talents of Las Vegas artists, Kaitlyn Rae Delaria, William Boscoe Davenport, Thomas More Chastka, Christina Marie Lakis and Cayce Andrew. It clearly demonstrates a more subtle and elegant side of Cohen in contrast to the heavy and chaotic delivery of his other project, Candy Warpop. He trades distorted guitar for cello and angst-ridden vocals for poetry recited in French. All in all, it stands as a bold and refreshing creation to emerge from Vegas; a town over-saturated with commercial DJs and top 40 lounge acts.

The single includes an instrumental version of the track as well as a remix from yours truly and what's best is that it is available now as a free download.

www.cayceandrew.com
Posted by Cayce Andrew at 9:18 AM No comments: 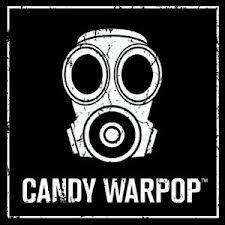 This week marks the launch of a milestone venture for Las Vegas art-rock collective, Candy Warpop. They have recently come forth to call upon the support of their loyal followers by way of an online campaign that will enable them to release a new full-length album.

It works like this: fans eager to get their hands on a new release from the Warpop crew will be asked to donate generously to the cause via Kickstarter. The money will then be used for studio time and recording costs so that the album can be promptly distributed in a timely fashion (tentative release date is early summer). The goal is for the band to receive $3600 in 30 days. Any money that is accrued beyond that goal, will go towards recording more tracks, mixing and mastering costs, and physical CD production.

Why donate to the cause? Well, aside from offering your small, but important contribution to the Las Vegas music scene by endorsing a fresh and innovative group of artists like Candy Warpop, there is also a tempting platter of unique incentives for those who donate stemming from shirts and posters to exclusive downloadable content, such as the newly released track, "Trigger" - a fiery and twisted sonic assault that tosses the listener around the room before gently easing them back down to the floor where they can writhe in the dizzying after-effects - which is only available to those who donate.

To donate or for more information: www.kickstarter.com/projects/candywarpop/candy-warpops-first-full-length-album