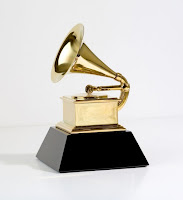 Don't get me wrong; I love Mumford & Sons. But I was thinking... Why have they been to the Grammys twice and received a spread in Rolling Stone, when Manchester Orchestra hasn't been noticed by the former and has barely been given a nod by the latter? Manchester Orchestra has been on Letterman four times. I believe Mumford has only appeared once. Why am I comparing the two?
I appreciated the reaction I experienced when hearing a Mumford album about a year ago. It was similar to the pain that is evoked when listening to Manchester. But I've been listening to Manchester Orchestra for five years now. We've mentioned them on this blog at least twelve times, and that includes our reviews of bands Manchester or its members have supported, produced, or propelled into the spotlight.
When Indie artist Bon Iver (Justin Vernon) won his Grammys, he gave the following speech:

"It's really hard to accept this award," he began his slightly awkward acceptance speech. "There's so much talent out here... and there's a lot of talent that's not here tonight. It's also hard to accept because you know, when I started to make songs I did it for the inherent reward of making songs, so I'm a little bit uncomfortable up here."

He has also said that "98 percent of the people in that room, their art is compromised" about the awards. 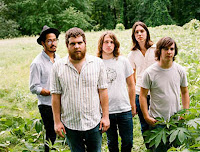 So maybe I shouldn't be crying for Manchester Orchestra. Perhaps there is only so much room for uncompromised artists to be invited to the show.

Thank God they were invited to Coachella. BOOM!