rebirth of a ladies' man

The adage usually applies to wine, but I'm more of a Scotch drinker so I'll frame it in a more familiar context: like a fine whisky, some things just get better with age. If there were ever an illustration of that statement, it is Leonard Cohen. 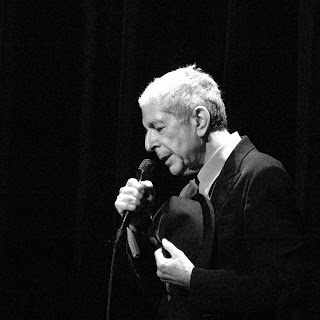 The man is now 78 years old and has been releasing albums since 1967. Tuesday, however, marks the release of his first album in 8 years, so there's something really special going on. It's not only a chance to hear the first new music from a living legend in a long time, but also a chance to hear how someone pushing 80 can still take all the younger artists to school. In fact, there's something even more lustrous than ever about his voice on this release. Take a listen:


Click to play Leonard Cohen - Show Me The Place

I honestly don't know what else to say about Leonard Cohen. He's one of my absolute favorites and no amount of words can explain why. What I will say is the new album, Old Ideas, is as sharp lyrically and musically as anything he's released. I'd say he sings a little less and borders on spoken word a little more, but his voice has such a strong resonance and tonality that he can exhale with more expression than most can sing with. Here, you need to listen some more:

Rather than rave and gush about this release, I'll just tell you to buy it as soon as you can. If you don't know Mr. Cohen, use teh googles and learn about his past. Use whatever source you prefer to pick up his older albums. Do whatever you need to get caught up, but get yourself in on this momentous record. You won't regret it for one second.