you caught me smiling 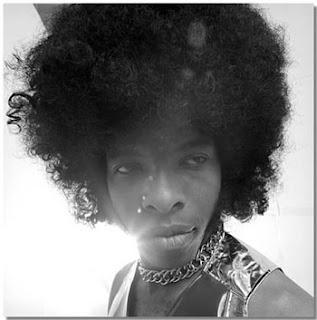 Few people have changed the face of music as much as Sylvester Stewart, better known as Sly Stone. From the late 1960s on, the development and advent of styles such as funk, hip-hop, and rap owe a huge debt to his talent and vision. Herbie Hancock, Stevie Wonder, Prince...the list of artists who cite Stone as an influence is large and impressive. Sly and the Family Stone also happens to be one of my favorite bands, which is the most important thing. Right?

Outside his amazing musical career, Sly Stone has seen some troubled times. The band broke up around 1975 amidst a flurry of drug abuse and contention. Stone released a few more albums on his own before he slowly disappeared from the public eye. In the past 20 years he hasn't released an album and has only made a few public appearances. That will all change next week.

The album I'm Back! Family & Friends is scheduled to drop on Tuesday, August 16th. This will feature 3 new songs, the first new material we've heard from Sly in a long time. The other 11 tracks are reworkings of well-known songs from his earlier catalog, often featuring guest artists. It's an exciting release; one of those once-in-a-lifetime deals. I'm in a bit of a quandary over it, though. Will it be good? Will it fall flat and bum me out? I don't know, and I refuse to listen to any previews. I'm going in with an open mind and hoping for the best.

I may do a further writeup on the album later, but I wanted to mention it for any fans out there. Keep an eye out and come back here to let me know what you think. In the meantime, here are original cuts of some of the tunes that will be on the new record. At the very least we can all agree that these songs are, and will always remain, great.

Click to play Sly & The Family Stone - Dance To The Music

Email ThisBlogThis!Share to TwitterShare to FacebookShare to Pinterest
Labels: family and friends, funk, i'm back, sly and the family stone, sly stone