Too Pretty To Say Please 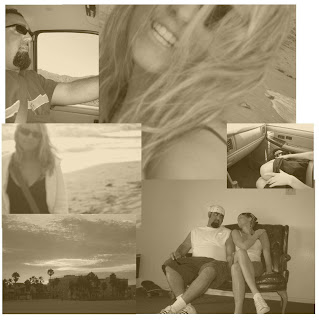 It's time again for summer memories.  The kind that forever take on a sepia hue in your mind.  Or on your iPhone, since it has that fancy tool.  Have any made it to your wall? (I mean your physical wall. Inside your home.)

I want some sepia-toned videos.  Can you make that happen?

Sorry.  It's this album.  It immediately conjures this kind of feeling, right from track one.  Like it's the soundtrack to your slightly clouded memories.  Or a fondly-remembered road trip.

You might have heard The Wooden Birds on NPR, since a song off their first album was featured as the song of the day...even if it was two years ago.  Maybe the memory of that takes on the same tinted hue for Andrew Kenny and crew.

Andrew Kenny was the main singer and songwriter from American Analog Set before helping to get Broken Social Scene going with a contribution to their album and tour. Then he settled back in his home state of Texas to start The Wooden Birds, a band which has had various members in its two year existence so far. Oh, and apparently he makes a lot of music writers swoon. Sometime last year, Buzzfeed called him one of the hottest guys of indie rock. As in, a hot guy, not as in, oh, watch these up-and-comers. As for Andrew himself, his age confounds me. Look how young he looks... Yet, as for his own original musical crushes, he can remember having a Linda Ronstadt poster so that would definitely take him out of the twentysomething generation.

But the songs are gorgeous and upbeat while staying folksy. And this album, Two Matchsticks, just sounds like how good memories feel. It comes out this Tuesday, and their tour kicks off in Phoenix on June 16.

Click to Enjoy The Wooden Birds - Too Pretty To Say Please

Just because you know it's a zinger that she likes,
the name a younger her gave to a three-speed bike,
don't think for a second that you're ever in the words that she writes

I'm loving this album, and re-playing the shit out of it, and hoping I have a few spare hours this summer to make some memories. But for now this album goes with me everywhere.