Ok, so I'm not really starting with something that old, but I didn't get a chance to write this one up when it was released in March: 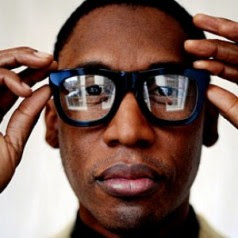 If you remember 90s hip-hop band Tony! Toni! Tone! you might recognize their frontman, Raphael Saadiq. That group has been disbanded for some time now but Saadiq has been releasing solo albums (and quietly collecting Grammy awards) since. I hadn't been paying him much attention until 2008, when he released the incredible album The Way I See It. From the opening note I was lost in a re-creation of Smokey Robinson's Motown. The songwriting and production were a spot-on homage to the sounds of yesteryear. Here's a track from that album in case you didn't catch it.

I can't say enough about that record. Seriously, go buy a copy if you don't own it. Other than the song with Jay-Z (let's pretend that one never made the album) I think it's pure gold.

2011 brought the follow-up album Stone Rollin'. I was very excited to see where Mr. Saadiq went next. Would it be more Motown-styled tunes? Would he go another direction completely? It turns out to be a little of both, or maybe a logical progression in a sense. The album starts out with a song that could easily have been on The Way I See It, but departs a bit from there. It's a little more playful than its predecessor, yet still delves deeper into soul and R&B. My favorite moments are tunes that call Stevie Wonder to mind, which Saadiq does very well. Here's one that reminds me of earlier Stevie:

And here's one that hints more at the later, Innervisions-era feel:

Overall it's a very good album. Maybe not as cohesive as the release before it, but a little more daring in some respects. Again, the production is the true star. Pay close attention to the guitar sounds, the washed out drums, the vocals. It's just great. 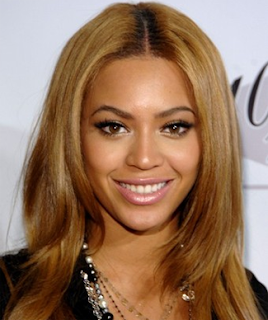 I'll admit I'm not much for more current R&B. I just don't pay it much attention. But when the new Beyonce album, 4, came my way I decided to step out of my comfort zone and give it a shot.

I've enjoyed some of Beyonce's work in the past, and though I never listened to a full album before I went in knowing the girl is very talented. From that aspect, I was not disappointed in the least. The vocals are fantastic through the record. I could just listen to her sing and be happy. The music, on the other hand, didn't always strike a chord (ha ha, I'm so punny) with me. I do like the opening track, "1 + 1." Here it is for you.

I can easily hear Aretha singing a song like that. I mean the style, not the vocals. Those are just fine as they are.

The other track that stands out to me is "Run The World (Girls)." Beyonce has a knack for writing female-empowering anthems (?) that make you want to shake your ass. If I know my history, I believe "Independent Woman" and "Single Ladies (Put A Ring On It)" nearly lead to feminist riots that would have destroyed most of western civilization. I may be wrong, though. Anyway, this song falls right in with those:

So I can't say I love the album, but it isn't bad for someone who doesn't really listen to the genre. If it's more up your alley be sure to pick up a copy when it drops this week.

Email ThisBlogThis!Share to TwitterShare to FacebookShare to Pinterest
Labels: 4, beyonce, motown, raphael saadiq, stone rolling, the way i see it