Do you have Ben Harper's new album yet? It's been out for two weeks. And he's going on tour. So get the album. Here - just download it now. Then come back here and let's talk about it.


So, he opens the album Give Til It's Gone with the phrase "Don't give up on me now," which haunts me since I know that in the last six months or so, he and Laura Dern have been going through a divorce. He admits in the song, "And I don't even know, myself, what it would take to know myself. I need to change - I don't know how. Don't give up on me now." 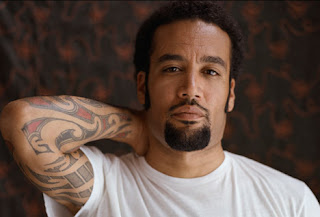 And I'm sorry, I can't stop being distracted by this. When did he write this song? Whose voice is he using? HE filed for the divorce from Dern in October. In the documents, he claimed they had been separated all year. So when did he write this song? I'm sorry, sometimes I turn into a nosy teenager when I listen to personal music. Oh, don't worry; I am all up in these details. In September of last year, Dern and Harper and their kids flew to Hawaii to watch Eddie Vedder get married. So everyone's jaw dropped when he filed. So if you're still reeling from this news six months later when the album drops, sorry... You wonder.

Then again, by track 3 Ben is gleefully singing about how Rock and Roll is free... So maybe this album represents just how disjointed his life has felt for the last year. Unlike past Harper albums, this one really is all over the place.

I think Harper fans are a bit divided... I know I loved his efforts with the Relentless 7. But I definitely read reviews that picked the hell out of the White Lies for Dark Times album he recorded with that band. And I will give you that Harper's older albums, like Fight For Your Mind are probably much stronger than this year's Give.

All I want to know is whether he and Laura Dern are getting back together. ~shrug~

I try to be myself, but I forget how. Jackson Browne gives him some vocal assistance on this track. Any love advice, JB?

Email ThisBlogThis!Share to TwitterShare to FacebookShare to Pinterest
Labels: Ben Harper, fight for your mind, give till its gone, innocent criminals, laura dern, relentless 7