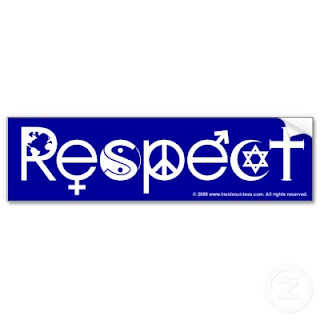 Respect is the word I used to end my last post. So I figured I'd offer my own thoughts on the word when it comes to America and its citizens.

So when you use the word "respect", think about why you're using it. Be conscious of your actions when using the word.