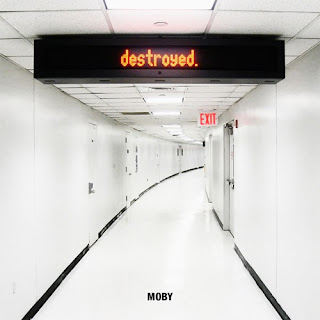 For three years, I've been sharing music with anyone reading. I've also shared my own personal opinions. I've made some people happy through the former, and angered many with the latter. Music is funny, that way. I sought relevance through music to bring light to topics. Many misinterpret writings online of mine as fueled by anger. I argue intently that it's passion. When I have a topic in my head, I can listen to a certain song and feel a sense of clarity. The disconnect comes through the writing, as perhaps that clarity simply cannot be expressed in words.

With that said, I have one last song to share with people. It actually helps express the sort of inner peace I've found as of late. I'm not a religious person, at all, but it's hard to not find the beauty in Moby's "Stella Maris". People know of Moby's turn to Christianity, and the title of this track in English is translated to "Star of the Sea", and used to represent the Virgin Mary.

I honestly don't have many words to describe this one. It calms my nerves, and considering the events in my own personal life in just the last year or two, it also reminds me to be more calm and clear headed in darker times. While I certainly could have used that knowledge when saying and doing things I maybe should not have, I learned long ago to not regret your actions, but to make light of them and learn. Make peace with yourself, because others will, also, if they see the genuine nature within.

Thank you all for reading through my diatribes over the last three years. I do hope that music holds as much meaning for those reading as it does for me. It helps express yourself as well as force you to take a step back and view yourself critically in a positive manner. It defines who we are, and mirrors our differences physically and mentally, but also can be used to bridge those gaps that we essentially create, to begin with. Peace can be found not just within yourself through song, but can be created among people around the world with it, too.