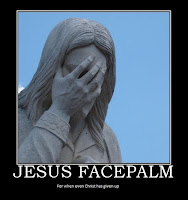 Believe it or not, it's not some moron that thinks Obama wasn't born in the United States! Despite the White House releasing his long form birth certificate, there are still batshit crazy people that still don't believe him. To you people? I am glad you don't want healthcare. Because you need to die. Soon.

Anyhow, there's someone else even more stupid out there. And it's the man that cried racism and then called the cops and had a man arrested - for singing "Kung Fu Fighting".

"We were performing Kung Fu Fighting, as we do during all our sets," he told the newspaper. "People of all races were loving it. Chinese people have never been offended by it before."

But Ledger told The Sun an Asian man walking by with his mother hurled an expletive and made an obscene hand gesture at the performers during the Sunday afternoon performance, then took a photo with his cell phone.

"We hadn't even seen them when we started the song. He must have phoned the police," The Sun quoted him as saying.

The man claimed he was "subjected to racial abuse," police told BBC News, and complained to the police the same evening.

So this jerkoff publicly makes a crude gesture and remark, and nothing happens to him. A man covering a song made famous by a black man is then arrested? To that oversensitive "man", I also have an obscene gesture for you. It's called a middle finger, because you're a fucking tool. To the Hampshire Constabulary? I'm pretty sure you have better things to do. You know. Like help solve murders? Or send your people off to help with that ridiculous wedding that's nothing more than a middle finger to poor people across the world? No. You are doing a fine job. Idiots. All of you.