The new Death Cab For Cutie album is unexpectedly melancholy.

Go ahead; I will give you a minute to chuckle and/or contemplate that statement. Melancholy? Death Cab? Surely you jest. The band from the City of Subdued Excitement? The band who emphatically sported blue ribbons to protest Auto-Tune? That fun-loving band has released a melancholy album?

I know. You and me both. I love listening to their music at night, but there have been songs on past Death Cab albums that will rouse me from my sleep and force me to just go ahead and start bawling. As a matter of fact, there is a track on the new album that could cause me to wake up at night too. I swear I had to pause no less than sixteen times while previewing "Underneath the Sycamore" because I thought I heard a kid hacking to death. 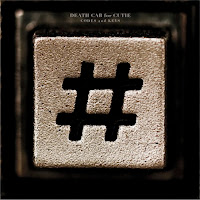 Codes & Keys is Death Cab For Cutie's upcoming seventh full-length full-band album. Where Narrow Stairs was a more uptempo collection of brooding, I really think this one goes back in the opposite direction and really slows it down.

"You Are A Tourist", Track 5, is the first release from this album. By the way, the album actually doesn't come out until May 31, but you can order presale packages now.

Where most songs by DCFC are long narratives with descriptive metaphors or insights, this song is more of an opening of the pain inside and the simple, barely-formed thoughts that come out of it. What's amazing about the song is how somehow, the music is what provides the actual narrative. The sharp, stinging wit is delivered in the bridge.

Click to Enjoy Death Cab For Cutie - You Are A Tourist

From this point, the album does pick up on intensity. Ben Gibbard's earnest voice and shallow breaths just never get old. The backing music is like an orchestra of broken hearts who are serious about getting their message across to you.

Make sure you have the collection.

Email ThisBlogThis!Share to TwitterShare to FacebookShare to Pinterest
Labels: codes and keys, Death Cab for Cutie, indie music, melancholy, transatlanticism, you are a tourist