I know I stood you up last weekend. Again. I can picture your sad little face, wondering what you ever did so wrong that I would hurt you this way. Baby, it's not you, it's me. I'm not the blogger you thought I was. But I can change, baby, I can change. Or at least I can try to cover a little more ground this week to make up for it.

The last few weeks I've been paying attention to co-ed duos for some reason. It's not something I would particularly seek out but a couple of respectable albums dropped recently, so let's call it a pleasant coincidence. 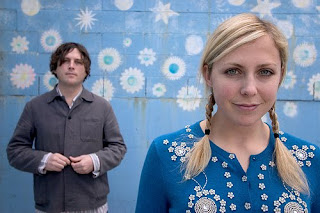 First up, The Submarines, a duo from Los Angeles. They've apparently been releasing albums since 2006 but their newest, Love Notes/Letter Bombs is the first chance I've had to hear them. I'm glad I did. This is a pop album but it's full of fuzzy bass and guitar, as well as lots of little ambient flourishes that make you feel like you're in space or (who knew?) a submarine. Here's the opening track, which I like.

My only complaint is that the vocals don't seem to need as much spacey reverb as they're treated with. That's just my opinion and it doesn't distract from a solid album in the end. 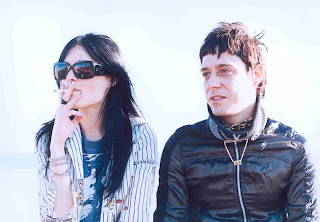 The Kills just released a new album as well. It's called Blood Pressures. Due to an unpleasant incident involving touring with a band, lack of sleep, high tensions, and a long late night drive with one song on repeat, I went into this album with a pretty solid dislike for this band. I'm happy to say I've changed my tune a bit. This is a nice little garage-rock-infused record with lots of attitude. Here's the track "Damned If She Do," a tune that recalls the swagger of T. Rex in my mind.

Click to play The Kills - Damned If She Do 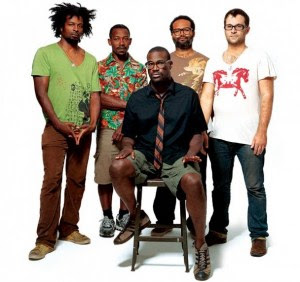 And of course everyone's darlings TV On The Radio have a new album coming out this week. I've only had time to preview a few songs and, while there are some departures from what we've heard before, this is still the unique, crazy cool band we all know and love. You've probably heard the first single "Will Do" so here's another teaser track.

Click to play TV On The Radio - New Cannonball Blues

These guys are always worth the listen, so be sure to pick up the album.

Email ThisBlogThis!Share to TwitterShare to FacebookShare to Pinterest
Labels: submarines, the kills, TV on the Radio