Some weeks are better than others when you write about music. Sometimes the perfect album appears early on and you've finished your post in short order. On the flip side, sometimes you have to trudge through a lot of records to find the one that sparks something. Lately the latter has been true for me. 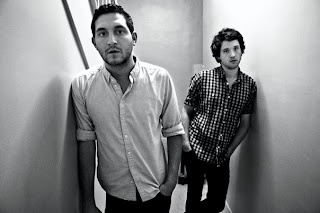 I started out with Holy Ghost! by Holy Ghost!. First of all, the punctuation included in their name pisses off the grammar lover in me. I just had to put a period after an exclamation point. While it's technically correct in this case I just feel creepy now. Anyway...

These guys are doing the 80s dance revival thing that's so popular right now. That's not really my thing, so this album wasn't so exciting for me. The music is done well and all but in the end bands like this just make me want to break out my Welcome To The Pleasuredome album. That's right, Frankie Goes To Hollywood for the win.

I did pass this along to some friends who secretly wish they were Molly Ringwald, and I know some of you may be interested in the group, so here's a track. If it's your bag go pick up a copy and tell everyone how awesome it is and how out of touch kilter is. I'll be ok. Really. 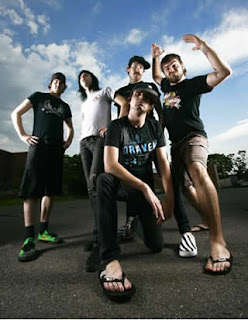 Next up was Silverstein and their album Rescue . I was thinking, "they're Canadian, they're post-hardcore, they like Shel Silverstein enough to name their band after him; how bad can they be?" Well, again, they may be wonderful for some of you out there but this is what happened when I queued up the first track:

I'm just not that into them. It's not them, it's me. They're obviously very talented musicians (listen to the drummer) but I'm over anything that even resembles emo/screamo/whatever. My angst levels are low enough that this doesn't get my blood boiling or even intrigue me. What does intrigue me is how "post-hardcore" as a genre can include this kind of music alongside, say, Fugazi. We're painting with an extremely wide brush there, folks.

I had just about given up and gone back to Girl Talk or The Cave Singers to match my general mood, then the new Explosions In The Sky album came my way. These guys are probably my favorite post-rock band so the timing couldn't have been better. 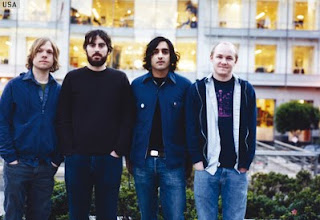 The new album, Take Care, Take Care, Take Care is a 6-song instrumental journey on par with anything these guys have put out. They build lush, extended (most songs are over 7 minutes long) soundscapes that really draw you in. This is, in my humble opinion, what the post-rock movement is all about. You can sit back and let the music swirl around you or you can listen intently to the thickness of the production and catch all the little nuances. I'd love to post multiple tracks from this album but it would be practically giving the thing away. Here's one, which should be enough to convince you to buy the record.

Click to play Explosions In The Sky - Be Comfortable, Creature

So, even though I can't say it was a wonderful week overall for my musical tastes, I'm sure there's something here for everyone. Grab one (or all) of these albums this week and enjoy.

Oh, and here's the full Silverstein track, in case you're interested. I'd hate to leave you hanging.