The amount of music I want to tell you about far exceeds my post allocation for the blog. I'm going to try to post a "three-fer" once a month. Just a quick three bands you should hear and be aware of. Thinking the second Monday of the month works for me. Work for you?

Does It Offend You, Yeah?

Everybody thinks the name is some kind of statement but it's a quote from David Brent in an episode of The Office. "When me and James Rushent first started writing music together we decided to put it up on MySpace. We needed a name to put as our profile name so just put what was the first thing that was said on TV, we switched it on and Ricky Gervais said "My Drinking - Does it offend you, yeah?" so we just went with that. No thought went into it whatsoever.


Dance-Punk has been around since the 1970's. Isn't that a trip? It stems from bands being influenced by dance music. Does It Offend You, Yeah? formed in Reading, England in 2006 and  sound like they have been influenced by Haitras and Daft Punk.

Click to play Does It Offend you, Yeah? - The Monkeys Are Coming

Don’t Say We Didn’t Warn You is the upcoming album from the band due out on March 14 in the UK and March 15 in the United States. I've listened to it extensively, and it's something you must pick up.

With that new band name, the former Oasis members Liam Gallagher, Andy Bell, Gem Archer, and Chris Sharrock get a spot on the shelf of the record store right next to the Beatles. That's very crafty no? Would be brilliant if people actually purchased music in a STORE! Noel and Liam still haven't spoken since the band broke up after a tiff backstage in Paris. The brothers always wanted to best The Beatles and The Rolling Stones. Wouldn't it be something if Liam could finally do it after shedding the dead weight?

Liam and the boys released the album Different Gear, Still Speeding on March 1st. If you are a fan of that Britpop/Rock of Oasis, you might think about picking up this slightly Bluesier album ASAP. 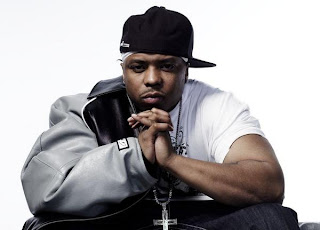 Man this cat has flow. I suppose you know you have to bring it on an album you title The Greatest Story Never Told. Brooklyn's Brian Daniel Carenard, otherwise known as Saigon, definitely brings it. If you are already familiar with Saigon's work, you will find this album to be more mature. Less glitz and glamour, and more focus on surviving on the neighborhood streets.

This album came out on Just Blaze's Fort Knox Entertainment label, and the track below is produced by Blaze himself.

The fact that this album does not have any major label support is really a testament to just how fucked the music industry is right now. It's a great rap album, and if you like Jay-Z you might find Saigon a nice addition to your collection.
Posted by mookie at 8:33 AM