for the love of Pete

Life is what happens to you while you're busy making other plans.
-John Lennon

Sometimes you get busy. Too busy to really focus on what you're supposed to. Like the awesome blog you write for. Work gets in the way, family gets in the way, general need for sleep seems to get in the way. It happens to everyone, and it happened to me this week. 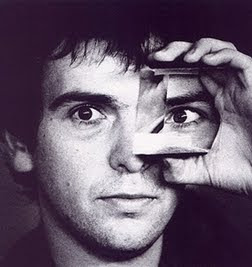 Rather than post about any of the new albums I took five minutes to preview but couldn't quite follow through on, let me throw another oldie at you. For some reason I've been really been drawn back to the 1994 Peter Gabriel concert DVD Secret World Live lately. It's a 15-song concert featuring elaborate presentations and some of the best musicians you've ever seen. Yeah, I know it's almost a decade old now but it holds up amazingly. This was Peter Gabriel at his very best, and that rivals pretty much anyone out there.

Here's the opening song, "Come Talk To Me." It's a perfect way to set the mood and draw you into the rest of the concert. It also happens to feature a singer named Paula Cole, who went on to make a name for herself a few years later.

This is what music on the stage should be: art. It's one of the best concert videos you'll ever see. It also has an amazingly moving version of "Washing Of The Water," probably my favorite Peter Gabriel song. If you haven't had the opportunity to see this DVD I highly recommend you check it out. Maybe it will help you get through the busy times in life, like it's done for me.