Charlie Sheen Is An Asshole, But Let's Learn From It

“The best revenge is to be unlike him who performed the injury.” - Marcus Aurelius

Watching the one-man circus sideshow known only as Charlie Sheen gave me some fits of anger. Why? Well, his comments on AA are what really made my blood boil. The insinuation that the ideas behind AA were "written for normal people" and that there was a specific path to go by is just disingenuous. Yes, there are the 12 steps. It doesn't mean that one has to have rigidity in how they practice and follow through on those 12 steps. Anyhow, that wasn't really what made me upset. It's the fact that I've personally witnessed a life change positively - due to the help they provided - makes me a bit angry. My own mother hit rock bottom from alcoholism almost 20 years ago, and hit the point where she tried to take her own life. 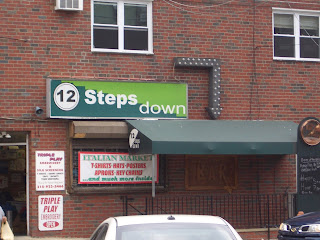 Now, it's my understanding that the teachings of AA are inspired by Christian teachings. Personally, I'm an atheist. My own mother grew up in a strict Irish-Catholic home, but doesn't practice, now. She still stays with her mission to stay sober, so it does do some good. The fact that we now have a celebrity slamming a program that helps millions that have nowhere else to go is honestly showing how out of touch he is. His comments about how "special" he was only stoke those flames and show the true amount of disconnect.

His unfortunate path is his own, but he's now acting out in a manner that affects people in society. The everyday people that he called "losers" that are addicts and know nothing else, for example. It's sad, really. The anger I originally felt has actually turned into pity. The ranting while talking about how underpaid he was also struck a nerve, as I was an education major in college, and watch as the governors of Wisconsin and New Jersey are openly battling teachers' unions. Teachers are underpaid. Not Charlie Sheen. This sad arrogance is 100% anger, which he denies.

So what should I do? Do I lash out? I seriously thought about it. The media does play a large role in this, as they keep giving Sheen a podium to stand on. That role is what will likely end up being Sheen's downfall, as people will quickly tire of the pity he's asking for. When one out of ten people in our country are without a job, you'd find nary a few that would feel for a man that spent his money irresponsibly by snorting it up his nose. The media will have to take a large part of the blame for joyously allowing one man's self-destructive behavior to simply worsen and hit a low.

Instead of lashing out, I hit a point where I simply now want to refuse to add gasoline to the fire. The decisions he's made serve well to teach us all. He really is right in that his kids will learn from him. However, they won't learn the lessons he thinks. His father, Martin Sheen, has already had enough, and is simply saying that he would be there for his son. There really isn't shame in it. I can't say I would be a bigger or better person for wagging my finger at him, though. It's a natural reaction, of course. My willingness to understand the wrong in being angry is part of how he instead teaches me more about myself and how I could be a better person on my own, as I hope many with drug and alcohol addictions learn to do, too.

so many flavors of asshole in one dude.
http://uk.jezebel.com/5774374/charlie-sheens-history-of-violence-toward-women

thanks for the links to places for help! :) do they work with teens?