Look out the window at that storm 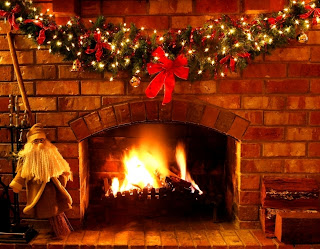 Hi there. I've got another album to get you in the holiday spirit.

It's so annoying isn't it. I don't care.
You're going to wish so hard you were in a cabin in the mountains in front of a fire.
You will wish it and you will like it!

And if you still resist, then you're going to buy it for your cubemate or flatmate or cousin who unexpectedly is showing up this year. And they will like it. Buy two just so you have an extra on hand. I am telling you, it is always good to be prepared with "thoughtful" gifts.

So now do you want to know which artist is sure to bring delight somewhere in your periph' as winter creeps in and holiday havoc snowballs your way?

And Outkast, and the Foo Fighters, and Willie Nelson, and Belle and Sebastian, and Talib Kweli, Q-Tip... Eighteen tracks featuring collaborations and duets she's done in the last decade. Many by the other artist's request. It's in this way that this collab album is set apart from others. This isn't Norah Jones grabbing artists to do an album she's conceived of. It's Norah Jones giving thanks to all those who thought to add her sound to theirs.

The Dirty Dozen Brass Band, for instance. THE New Orleans funk/jazz band. Perhaps the credit for the idea to put her on their 2002 album Medicated Minds doesn't belong to the band members per se, but what a lovely track they created nonetheless.

"It's so exciting and flattering and fun when I get asked to sing with somebody that I admire," Jones said via a statement. "It takes you a little bit out of your comfort zone when you're doing something with another artist. You don't know what to expect-it's kind of like being a little kid and having a playdate."

And who can resist the "Baby It's Cold Outside" classic? No one. Every artist has done it. Frank Loesser wrote this song as a duet with his wife Lynn Garland in 1944. She was none too pleased when he sold the song to MGM. To her, it was their song. They had it for four years as it was played informally here and there. As soon as it was sold, the recordings started piling up. Dinah Shore and Buddy Clark. Ella Fitzgerald and Louis Jordan. Esther Williams and Ricardo Montalban. Louis Armstrong and Velma Middleton. I've only named half of the artists who recorded the song in the year 1949 alone!!

Mae West and Rock Hudson. Ray Charles and Betty Carter. Ray Charles and Dionne Warwick. Robert Palmer and Carnie Wilson. Untold numbers of other artists, pairing with uncredited backup vocalists. Buddy The Elf and Jovie (one of my favorite versions.)

And Willie Nelson, when he decided to record a jazz album, asked Norah Jones to sing along with him.

And it still sounds great.

Now pack your ugly sweaters, load up this album, and get your sweetie up to that cabin! Now!