Guilty? I think not! 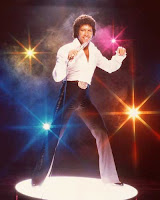 So this week is all about the supposed "guilty pleasures" for us here at the blog. I have to say that I instead take pride in my choices. Now, I had planned on another track for this week, so as a good gesture, I will also be posting that other track, also. So hey, you guys should keep reading.

First off for the guilty pleasures is a name that's become somewhat synonymous with the Vegas culture. At least in my years there, he was. This singer originally couldn't get signed because he "sounded too black." I wish I was kidding about that part. And to add to the weirdness? It's the song that Carlton Banks would dance to on the '90's sitcom The Fresh Prince of Bel-Air. After writing that last sentence, I am starting to re-think whether or not I should feel guilty about this one. Just watch the video to understand.

So yeah. Tom Jones. I am not into everything he releases. This tune is hard not to like, though. So the track "It's Not Unusual" was also Jones' first hit here in the states. And launched millions of panties being thrown on stage to him. Even now. Lucky bastard.

Next one is one I again just can't be ashamed of. Hell, the Stanton Warriors did a remix of this that I posted a while back. Their remix of "Good Vibrations" is just ridiculous. The original, however, is where it's at. Using the theramin on this cut was an advance in electronic music that many don't really realize. It was the first track to hit the charts that used an electronic instrument (not an electric guitar, mind you) as a featured part of the song. It's still a great track.

This last track is one I wanted to post,and still will. It's a really cool re-rub of Bon Iver's "Skinny Love" that I am all over. The first post I wrote for this blog actually feautured the original of this one, so it's been a favorite for a while of mine. A kid from South Africa that goes by the name Das Kapital is responsible for this one, so props are due!