I heard the whole thing 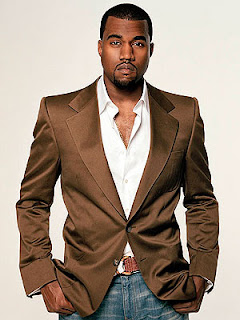 I have always said that insanity and genius share a very thin line.

This is the perfect sentence to describe Chicago rapper Kanye West. West is quirky and erratic at times. He says and does things without thinking about them first. For example, Kanye goes off script at a Katrina Relief benefit concert and says "George Bush doesn't care about black people" (well some of us were already thinking that). There's also the Swift incident at the 2009 MTV Music Awards. On the music side of things, Kanye has redefined the rap and hip-hop games. Maybe there is a correlation between Kanye's personal and romantic life unravelling with the quality of his work.

It's not unusual is it? I think some of the most amazing art has been produced by troubled people during troubled times. Mozart, Beethoven, John Mayer... I think people just write Kanye off as an asshole and hate on everything he does. Like Batman says, "You either die a hero or live long enough to see yourself become the villain." I wonder if Biggie and Tupac would have had similar problems if their lives were not taken so early. Tupac in particular had potential for violence and quirky behavior. Regardless, he's loved by everyone who appreciates rap and hip-hop.

I empathize with Kanye though. I know what it feels like to have everything fall apart. Everything could even seem to be going great, but you keep burning bridges and breaking hearts with every step. I know how it feels to have lost love and lost your mother. West described losing his mother like "losing an arm and a leg and trying to walk through that." I've been there. That pain I felt affected many around me who loved me. Instead of fixing it, you keep chipping away at the foundations. Chip away until it all comes crashing down around you. Although, unlike Kanye, I can't get centered in Paris while working as a shoe designer for Louis Vuitton.

Let's have a toast for the genius! On November 22, 2010 West's latest album will be released. My Beautiful Dark Twisted Fantasy is Kanye's best album, and might be one of the best Hip-Hop albums in the last ten years. Not easy to say. I feel like arguing with myself about it. With every spin of this record though, I believe it more and more.

You know that this is not going to be a basic hip-hop album from the first 30 seconds or so of the opening track of the album. The track, called "Dark Fantasy", features a rap/spoken word intro from Nicki Minaj. Minaj is an up-and-coming rapper with a British accent that really sets off the intro in my opinion.

You might think you've peeped the scene, you haven't.
The real one's far too mean.
The watered down one, the one you know; was made up﻿ centuries ago.
It made it sound all whack and corny, yes it's awful, blasted boring.
Twisted fiction, sick addiction, but gather 'round children, zip it listen!

When you hear that first track, you can hear how Kanye has really stepped up his game on the production front. Yeezy's willing to experiment and stretch with his sound. This isn't the same cat who just speeds up Dr. Dre drum beats and vocals. He's grown more confident and is less worried about experimenting with new sounds. This experimentation doesn't just end or level off with the first track. EVERY track on this album sounds fresh and exciting. 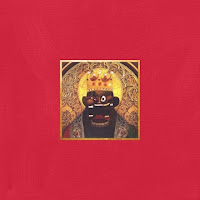 The real highlight for me is a track toward the end of the record. Track 11 is "Blame Game" featuring John Legend and comes in at almost 8 minutes. Although the final 2 minutes is Chris Rock going on with a skit that is slightly funny, but a whole lot heartbreaking. John Legend is such a talent and probably deserves a ton of credit for how dope this track is. West doesn't disappoint either. His raps are spat through venom and bile, tears and blood. Yeezy does some interesting effects on his vocal in this song. Perhaps it's the "voices" in his head. You'll have to hear it for yourself.

On a bathroom wall I wrote "I'd rather argue with you than to be with someone else."

I hope that you can't relate to the story told in this song. It's the worst kind of love. The worst kind of lust. It's painful heartbreak. It might be your fault. It might be the world against you. It might be that bitch (or asshole) is just crazy. I read somewhere that Kanye considers this his favorite song from his new album. There is no question it's my favorite track on any of his albums. Troubled equals great art.

Don't forget to check out KanyeWest.com if you find any of this interesting. Ye has been releasing a free song under the G.O.O.D. Friday project (GOOD Music Records is Kanye's record label) for the last 13 weeks. There are some real gems to grab over there.

There is even a 30 minute video for the track "Runaway" on the new album. My only suggestion is watch it in 1080p... it's beautifully shot, but awfully weird.

Nah. I gotta disagree. kanye knows exactly what he is doing. For example, the Katrina statement - he knew the deal, he knew he was calling Bush out as a racist. He spoke to what most were feeling --> listen to Jay-Z talk about that in his recent NPR interview http://www.npr.org/2010/11/15/131334322/the-fresh-air-interview-jay-z-decoded.

Also, he understands the repercussions --> see his interview on good morning america --> http://www.youtube.com/watch?v=JNMxHfmXKVU.

You've got one thing right. Kanye is a genius. In fact he's a fucking genius. My stance, now and going forward, is that we better enjoy him while he's still making music - b/c he'll walk away from that front whenever he damn well pleases.

I have definitely considered the idea that he's completely in control and always calculating and manipulating.

But I think mostly he just does not have a govenor on his mouth. the words just sail past over his teeth and through his lips without really thinking.

and I'll agree with you on your last point. one day he'll have made enough money and had enough with being made the villain ...and he'll just bounce.