It's an Animal Collective sort of day 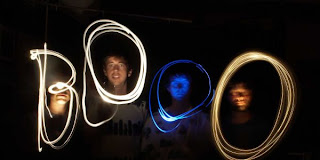 I honestly am at a loss for what to post today. So why not post remixes of everybody's favorite indie-rock darlings - Animal Collective? There was the ever popular remix that was done by Dave Wrangler of "My Girls", which admittedly gets played quite often by myself, still. We also had the flip of that, where Animal Collective were on the remix tip. They did justice to French band Phoenix's "Love Like a Sunset".

Well, now I feel like bringing you a little more of the awesomeness. These aren't necessarily new remixes I'm bringing you. However, this is what I've been listening to as of late.

The first two are remixes of "My Girls". It is off of their almost two year old album Merriweather Post Pavilion, which became an unexpected landmark of an album for these guys. With that sort of success in hand, it should be expected that people would start wanting to remix your work. Well, with the success of "My Girls" came just that. As I mentioned, Dave Wrangler took a stab at it and did a great job, in my opinion. Well, now we have a couple more remixes. These were done by Mexicans With Guns and HATCHMATIK. I have to be quite honest. The name Mexicans With Guns might be, right now, one of the most unfortunate names in music. Considering everything going on in Mexico, and all. But I have to admit that I love the name. So here are the remixes done by HATCHMATIK and Mexicans With Guns.

The last of the remixes is a chilled out one of Animal Collective's "Daily Routine" by St. Louis' Phaseone, also off of the same album. This one is a bit of a re-working, as it adds more fullness to the original, with an electro feel to it. It's also well over two minutes shorter than the original, which is odd for a remix, too. So enjoy this one!