I Won't Always Live In My Regrets 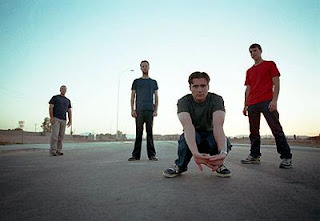 I've been trying to get some other posts written for you.  One is an open letter to an admired artist.  Another is a sweet tribute to a sweeter little indie piece.  But they don't make it to the keyboard.  They roam through my head while I listen to the music and these thoughts, these posts, refuse to come out.

There's always some baggage you gotta check
I'm trying
Hope that you'd understand
I'm sorry boy, I'm not cut for this no more


Instead, I am writing about a band you all already know, and their highly-anticipated new album.  That's right, Jimmy Eat World released Invented on September 28, after working on it for what - two years or something?  I've never been the biggest JEW fan but I have many close friends who are.  I admit they have a big sound; one that's layered and sometimes enrapturing. I just never got heavily into them. 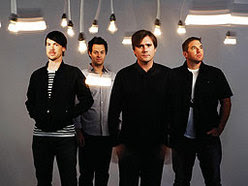 Once though, a long time ago, Jimmy Eat World did move me... On one extremely depressing December day in 2001, I had felt completely spent, useless, and lost.  I realize that being moved by a catchy pop song is just about the height of  pathetic clichè; but it happened, and in all the years since then it has continued to happen.  It just takes some time; little girl, you're in the middle of the ride.  They wrote it during a dark and directionless time for the band as well.


So here I am, almost nine years later, reviewing their seventh album. Never seen them live. Never written about them before. Never thought I would either, but feeling like now is the time. Yes, I am moved again.  While I re-evaluate, and re-structure, and ask that little girl what ride exactly she was in the middle of, I'm open to find out:  What's up.  What's going on.  Kind of poignant that the track "23" happens to fall in my iTunes just on top of the new album.  So go back to '04 for a minute with me:


You'll sit alone forever
If you wait for the right time
What are you hoping for?
I'm here I'm now I'm ready
Holding on tight
Don't give away the end
The one thing that stays mine

So how far have they come and where are they going? What's with the slight difference in sound between then and now?


They told Darryl Sterdan of the Toronto Sun:

Over the years, we've been building up an arsenal of recording equipment to the point where we've been working primarily out of our own space for the last two albums. I guess for a while there we were big on getting the absolute best sound we could and getting things perfect. But going into Invented, we kind of threw a lot of that out the window. It's like learning everything you can about an instrument and then forgetting it all and just playing.

There are a lot of things we just let slide. A lot of the main vocals were recorded the very first time I tried singing them, right after I had written the lyrics. And I think I used one guitar for this whole record. We tried incorporating more restraint on this. There are mistakes. There's sloppy stuff. On the song Invented, you can hear the chair I was sitting on creaking. But I think it works for the tune.

Learn everything you can.

Then forget it all... And just play.

If you're really as tough as your defenses let them fall.

I am having a really hard time choosing a track from Invented to share with you. One track is desperate and pleading, another strong and challenging, that one just plain epic.

You already know what Jimmy Eat World sounds like. So I won't feel guilty posting the last track from the album. It fits best with the tone of this post.

So... what were you protecting yourself from?