It was a tiny blurb; it was a compelling blurb. It lead me to recognize the CD on the New Release Wall on a record store visit a few weeks later. "On their debut single, a cover of Johnny Cash's 'Big River', this Muscle Shoals sister act sings like angels while Jack White shreds like a man who met the devil at the crossroads and punched him in the nuts."

So I pointed the CD out, Mookie bought it for me, and I was tasked to write about the album. I played it in my car on the way back from the record store. Mookie got to listen to the new Less Than Jake in his car. I had only one word to offer for my review of the Secret Sisters' eponymous debut album: "BORING."

When Mookie asked about Jack White's involvement, I was totally confused. I no longer had any idea what had moved me to want this album. 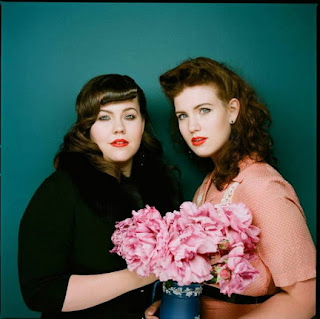 And I get folk music. I get old-time country. I would love to be reborn as June Carter Cash. But this is too much ado over what? Elvis Costello is performing with them. Jakob Dylan. Gregg Allman. John Mellencamp. Elton John! Just what is happening? What do I not understand? Their voices are good. Sure. Nothing wrong with it. Is it about their innocence? Come on. Is it because we've decided to return to innocence? Is that what this is about?

I don't want to hate on these sweet girls, but I'm just left asking what no one else will.  I guess it's always been my way. 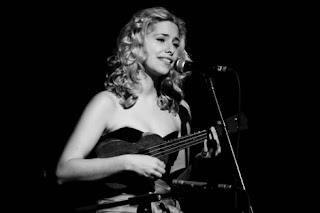 Nellie McKay has been doing this same kind of music for several years. But Nellie McKay is not innocent. Nellie McKay also recently released an album.  Of original work.  This album is called Home Sweet Mobile Home.  How is that for your "music for people"?  ::wink::  She recorded her debut album with her mother, despite also having duets with kd lang and Cyndi Lauper on same.  So what's going on here?

Maybe there's room for both.  I just don't want you to get caught up in the current hype without realizing who came first.

Please check out Nellie McKay.  You're going to love it.

Here is Track One, presumably their original work, from The Secret Sisters.