As a warning, this post is going to contain language that many readers will find obscene. 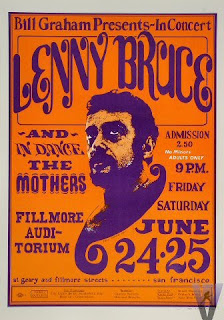 That being said, it seems my rant last week on those that harbor ill will towards words - be they on the right or left - touched a nerve with some. Others felt strongly on the opposite end, also. It's a funny thing, language. It brings out the best and worst in people, but only if they allow it to hold control over them. It's why I've always felt strongly about the notion of free speech. The idea of "free speech" is a novelty. It's a warm fuzzy directed towards the masses to make them feel as though they actually have the right to say what they like. Funny, though, that many seem to find out there are consequences to what they say. Many times, it is the racists out there that sling words around that are in the context of an insult, then scream that their first amendment rights are being infringed upon. That's if those morons can spell a word like infringement.

You see, I am a grown man. I have the ability to think clearly and understand what others mean when they use the words they have chosen. When I wrote the term "paddywagon", it is used in the context of pointing out the moral ignorance of another. And this is why I am posting what I am posting this week. What you guys are going to hear just simply takes such a complex subject, and boils it down to about a minute and a half of sheer brilliance. So here is Lenny Bruce's bit, "Are There Any Niggers Here Tonight?"


Download Lenny Bruce - Are There Any Niggers Here Tonight? 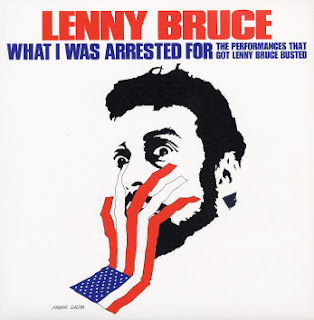 Now, you'll notice I didn't use that lame euphemism we all know as "the N-word". Why? Because it's leading us down just an awful road. Let's say that you (the reader) and your mate have a young child. Every so often, you speak of giving the child candy. Eventually, the child will associate the word with what you will give him - candy. You figure out that the child is wise to this, so you change up the approach. You spell out the word. Unfortunately, the child will soon also figure this out. It's no different than the lazy avoidance of a word that draws strong feelings. To paraphrase the comedian and '60's civil rights activist Dick Gregory? What's to stop the Jewish community from telling all people that instead of, say, "concentration camp", any and all non-Jews must say "the C-word"? We're already seeing this, as the popular movement is to use the simplified "R-word" instead of "retard".

Mary's growth was retarded by her mother's smoking habit while she was in the womb.

Is that offensive to you all? No? Do you know why? Because you understand the context in which it is used. When I tell stories of my time down south, I certainly will curb my language at points. It's self-censoring, which we all do. However, I will openly talk about how I would hear just openly blatant racism and how openly so many would toss the word "nigger" around with such vitriol. It's disgusting. So let's use two sentences now to understand, again, the power of the word. Let's say I overhear someone say the following, and I am telling you about it later:


"That is one lazy nigger."

Inappropriate, correct? I agree! Say now that we ban the word and use the fluffed up politically correct euphemism, instead.

If you work to ban the first, what is eventually going to happen will happen in two parts. First? The original word will eventually be wiped from the books, thus robbing us from letting people understand the hate that went on. An unfortunate part of our culture. One we should teach others to not embrace, but work to finish off through tolerance. Second? Once that word is all but gone? You will simply see the power shift towards the euphemism that we created to make nice, and it will elicit the same nastiness. You people that simply want to run from the problem? Are the problem. I say these things to elicit the emotion of anger. Not of the word, but of the blatant stupidity of how the words are used with such hate and stupidity. Instead, most now can't tell the difference.

Another great bit from Bruce is called "Tits and Ass". It sort of follows the same lazy, half-assed approach. Take a listen.

Now, how is this any different than our half-assed "solution" to curing the ills of racism? I will tell you. It's NOT. If you simply change the language? Well, it sounds quite nice, but guess what? You've now offended a different crowd, altogether. It doesn't matter if it's a "profanity" or a "slur". As an aside, the word "paddywagon" has two different backgrounds. One being that the cops in England were always tossing the Irish in the back of their buggies, hence the term. It certainly isn't something to be proud of. However, with so many Irish immigrants in the Boston and New York areas in the late 19th and early 20th centuries, you saw many get work as officers. Many drove the same wagons. It was a term to describe those wagons, which many times were driven by? The Irish. It offends me that those that feign offense are many times too lazy to do an adequate amount of research, and instead find a pet cause to believe in.

So what do I find offensive? Look no further than our capitol. Representative Kevin Brady, from the wonderful state of Texas, when justifying his vote against a bill that would have appropriated extended healthcare benefits to the 9/11 first responders, said the following:

"They went there to save survivors, not to raise taxes."

Now, which one do you find more offensive? The description of a story about the lunacy of politically correctness gone out of control? Or a man on our dime refusing to help people that gave of themselves selflessly on 9/11 because of his need to protect off shore interests? I think the smart choice is the latter. I was absolutely fuming when I heard that remark. As should most anyone with any semblance of a soul. And to bring yet another Lenny Bruce moment up, check his idea of what words he found offensive. Now remember, this is the late 1950's. The political climate in terms of civil rights was much different and much more heated. Sheer brilliance.

That being said, I offer zero apologies for the language I use unless I directly used it to target a person. In this case? I didn't. I simply refuse to bow to the powers that think they be and dumb down our language the way Orwell warned us we would, all because a handful of people are just too stupid to think for themselves and think of the bigger picture.

And here's one last piece of stand-up. It's off of David Cross' latest album Bigger and Blackerer, and I have to include that I attended this show, and knew something this awful was coming, but I laughed my ass off. This is so horribly wrong, but so very funny how he satirizes the whole debate on race.