When You're On Your Own, A Little Opera Goes A Long Way 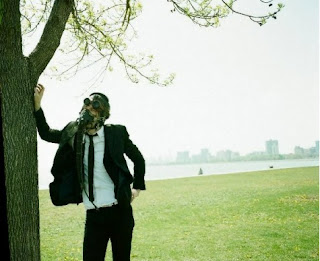 It's interesting to give the Sky Sailing project which gives reference to the project that followed it, but that's just how this one is going down. Adam Young has gone back to recordings made before he created Owl City and has released them under his former moniker as well. An Airplane Carried Me To Bed is the name of the album released under the name Sky Sailing.

Owl City isn't over with. Young is working on Owl City's next record at this very moment. He explains where Sky Sailing came from in his blog:

Three and a half years ago, I recorded a collection of songs in my parent's basement during the bleary-eyed hours of night when sleep and I could not bring ourselves to meet. I was a metalworker, working 6 AM to 4 PM at a warehouse in my little southern Minnesota town. I was writing, creating, thinking, imagining and breathing music with every second I had to spare. Music has always been my dream, but at that point in time, it was merely a feather tossed to the wind. Regardless, my spirits were far from dampened and I created music as fast and as furiously as I could. In my little basement bedroom, I had an old Dell computer, Reason 2.5, a friend's borrowed Behringer C-1 condenser, a Behringer 8 channel analog mixer and my uncle's old Alvarez. I didn't have a clue what I was doing but I was a dreamer and music was my escape so I gave it everything I had. Never expecting my music to be heard anywhere but by my parents through the floorboards above, I wrote for my own ears. I was both artist and audience and I called myself Sky Sailing.

Not that this is terribly different than the way his Owl City albums are created.


"This album is a step into the past, the documented account of a shy boy from Minnesota with more hopes and dreams than he knew what to do with," he continues.

Well, I've got the alone vibe all over this post and it's all over Young's projects. So I will share Track 9, "I Live Alone".

Hey Adam, how long are you going to do this alone? John Lennon said, "A dream you dream alone is only a dream. A dream you dream together is reality." It's good music and all, buddy, but is that your plan?

If we hook a dream
And it tows us back down this open stream
We'll say, "Hello - oh, take us wherever you go."

Comparisons to Death Cab For Cutie and Postal Service are fair, especially with lyrics like I'll meet you/Where the page proclaims the end/And I'll make due/With the fractions my reactions bend

It's quite a sweet and whimsical collection of songs when you get down to it. The perfect soundtrack to these hot summer nights when all you want to do is cool off. Or be alone. Or wish you weren't alone.