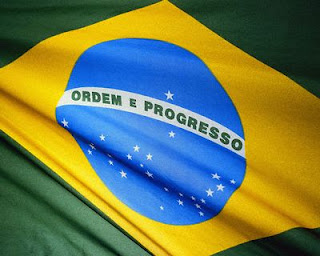 Like that play on words? Har har. "Seu" good. It's for Brazilian singer Seu Jorge, who will be coming back to the States quite soon! He will be touring with Almaz. For info on the workings, please read here.

However, many people are like myself, in that they first heard of Seu Jorge when watching the Wes Anderson flick The Life Aquatic. Anyone that knows me knows what a massive David Bowie fan I am. The fact that randomly in spots we found Jorge singing old Bowie tunes while playing an acoustic guitar just made it that much better a film to me. Seriously. Who really can do justice to a lot of Bowie's classics? Especially in Portugese? Well, Jorge did it brilliantly. And that's not to say that his solo works outside of this are any sort of slouch. He's a huge star in his native Brazil, and as some folks I know put it? They'll gladly pay 40 dollars here to see him, as it's likely a lot more back home. So this makes me pretty giddy. Will he play any Bowie songs? Most likely no. Does that bother me much? Again, no. While his music takes a bit of time to get used to, there is a sort of beauty to it that transcends genres. It just sounds natural. If you don't believe me, take a listen for yourself. I've posted a handful of his tracks, including one of his Bowie covers, and a personal favorite of mine. Enjoy!