So a few of the readers here may be from Boston. A lot probably aren't. Well, if you're unaware, the city of Boston lost its clean water supply for about four days due to a breach in a pipe that delivered water to Boston and many of its suburbs. Well, we have our water back. And now that "aquapocalypse" - as some termed it - is over, the jokes aren't going to stop. This blog entry, included.

The first song will be familiar to anyone that's gone to Fenway Park and stuck around after the Red Sox won the game. Below is your introduction.

Recognize the song? Most people probably wouldn't. That song is "Dirty Water" by the Standells, a garage rock band hailing from LA. Now, considering all that's gone on here in Boston since this BS started on Saturday, how great would it have been to be there at Fenway Park on Monday after they won? And to hear that song? Hilarity would have ensued. Personally, I nearly brought a couple of water bottles down to the grocery store with a lawnchair and would have rolled them down the aisle to watch people fight over them. Turns out the joke's on all those morons that cleared out the shelves of all bottled water in the mass panic you knew would ensue. 'Never mind, water was safe all along' was the headline on the Boston.com front page today. So here's "Dirty Water". 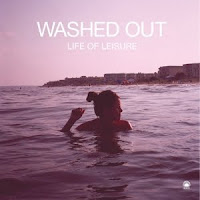 Next up is just a song that is freakin' amazeballs. For real. It's like you all could slow dance to this bastard back in the mid '80's and it would have fit in. Even better? The group's name is 100% fitting for this post. Double win! Washed Out is the name of the group. This track is just unreal. Just take a listen to this one. Right now my early favorite for best track this year. Really.