Where people find pleasure in measurements and ounces 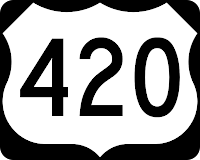 April 20th. The day for all the stoners. People get together and smoke marijuana. Usually the festivities hit a peak at around 4:20PM. The history behind 420 is clouded in rumors and misinformation. Explanations range from the number of chemicals in a burning joint to the idea that 420 was a police code for pot possession. Whatever the origins, it's here to stay.

The burning question should be, what will I listen to tomorrow!

For me, getting high needs a soundtrack. Tomorrow is an interesting day for new releases. Check out this list, any of these albums would be a good choice for your 420 celebration:

For me though, it's going to be the Mos Dub project created by beat extraordinaire Max Tannone. Max gained some signficant fame with his Radiohead/Jay-Z mash-up project, Jaydiohead. His next project was a well received mashup of the Beastie Boys with Beastie's instrumentals all from the Check Your Head album that was called Double Check Your Head.

Mos Dub is a project that takes some classic Reggae and Dub music remixed with some hot lyrics from Mos Def.

I requested an in interview with Mr. Tannone about this project, and he was happy to oblige. Check it out below:


inALLcaps: First off, I'm a big fan of both your Jaydiohead and Beastie Boys mash-up albums.

I'm also a big Mos Def fan, I find him to be very underrated as an artist. Why did you choose to make a mash up project using Mos Def vocals, and why did you decide to go reggae/dub for the beats?

Max Tannone: I too am a big Mos Def supporter, and since I made Jaydiohead, I wanted to use Mos Def in a project. His vocals often touch on political and societal issues, as does reggae and dub music. I thought it would flow nicely to put them together. The sounds of reggae are kind of like the musical form of a lot of Mos Def's lyrics. Themes of struggle, injustice, overcoming odds, these were things I wanted to support with the music.

IAC: Did you ever get contacted by either Jay-Z, Radiohead, or the Beastie
Boys?

MT: Jay-Z twittered about Jaydiohead, which was pretty cool. I never heard anything from Radiohead.
The Beastie Boys were really supportive with Doublecheck Your Head and they thought it was cool.


IAC: How has the success of these projects changed your life/career?

MT: The biggest change is just the realization that if you put out quality mixes, people will appreciate them, even with a deluge of remixes, mashups, etc. from pretty every conceivable genre happening every day. I am still trying to turn music into a career. I'm not making money from these projects - as cliche as it sounds, I am doing it for the love and hopefully getting my name out there as a byproduct. But ultimately, I'm going to be creating, mixing, etc. because I enjoy doing it, regardless of my day job. I would call it an enjoyable challenge.


IAC: Can you give us the scoop on what will be your next project? Felt just
released the instrumentals and a capellas to the Rosie Perez album...
have you thought about making something happen with that material? 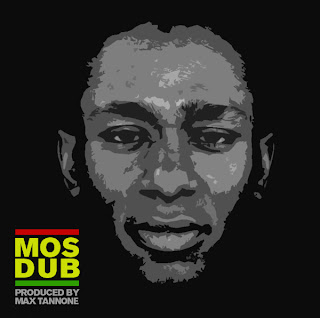 MT: To be honest, I'm not sure what I want to do next. Its hard for me to jump into something so quickly after finishing a project. If I do another remix/mashup type project, I want it to be equally if not more interesting and challenging than Mos Dub. I define a successful project as one that makes you think a little, while still being somewhat accessible to an average listener. I love hip-hop, and am always drawn to it in some way or another. We'll see...


IAC: What software/hardware are you using for these projects? What would you
recommend to someone looking to get into the remix/mashup scene?

MT: I use FL Studio for everything. I've been using it for years and will continue to do so. As far as recommendations go, I would say to get any type of music making software you can, whether its FL Studio, Reason, Logic, Cubase, etc, and just start playing around. There are tons of YouTube tutorials for all of these programs - so you really can learn quite a bit by researching. I am used to FL Studio, and would choose it over any of these other programs - but that's just because I'm used to it. Use what suits your workflow. 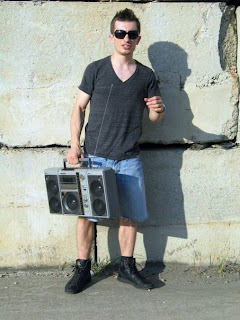 IAC: Tomorrow is 4/20, any plans? Do you smoke marijuana? Is it a part of your creative process?

MT: No I don't smoke - but I do think it should be legalized. Medicinal marijuana is a step in the right direction. New Jersey has begun this process, and I hope New York follows suit. It really is amazing to me that its still this taboo thing. As far as my creative process is concerned, I like to be totally sober when working on music - I work more efficiently and am able to get the ideas out of my head and into the machine much quicker. That being said, I hope everyone reading this enjoys a relaxed and safe 4/20. Put on some Mos Dub while you're at it!

Thanks inAllcaps readers for checking out the music, I definitely appreciate it.

Mos Dub - 06 - Shroud The Starsbymaxtannone
Posted by mookie at 4:20 AM

Ozo plays 04.20 at 6pm PST in LA for FREE. Details here: http://bit.ly/OzoAtAmoeba This will be streamed live too. Light up!