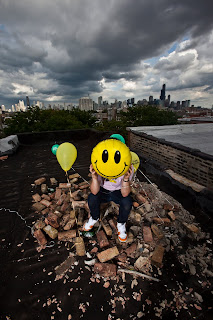 So in the past, I had helped George with a website out in Las Vegas that covered the nightlife. Even after moving back to Boston in 2002, I worked out a number of interviews that were posted on the site until it went defunct. One of the many I got the pleasure of talking to was the subject of today's interview - James Curd of the Greenskeepers.

Some of you guys may know that name from a video that became a viral sensation a few years back. The video was for a song called "Lotion". Well, in this interview, there is even a pretty damn cool backstory to how that was made. I have left the interview in its entirety here, as it just wouldn't seem fair to edit out so much when James did put a good amount of work into this! So kick back and enjoy!

Walt Zink - The last time I interviewed you was after the album 'Pleetch'. What has happened and/or changed since then with the band and the style you've gone for?

James Curd - Wow! That was quite a few years ago! Greenskeepers is a band that is forever changing in form and sound. Pleetch was an album I wrote with Mark Share that featured many different artists. At that time Nick Maurer, with whom I started Greenskeepers was living in Germany, though he did appear on two tracks on Pleetch. After Pleetch Nick moved back to Chicago. With him in back in town we toured non-stop and wrote Polo Club. After Polo Club I focused more on my solo career. I think the sound of Greenskeepers is constantly evolving. Each album crosses many genres and I like the fact that audiences can't put a label on the sound we produce.

WZ - Your video for "Lotion" became somewhat of an internet meme. Did you expect this? What was the thought process when making that song, and how did you get the rights for use of the clips from 'Silence of the Lambs' for that video? How hard was is to get and how long did it take to work that out?

JC - The Lotion video was something that I did for fun. I imported the movie footage into final cut and edited it to our song. We put it up on our server (this was before youtube existed) and and after one week it had been downloaded 100,000 times. It wasn't long after that it reached one million downloads and became a viral hit. I never got the rights to the footage and actually received a fax from Ted Levine (Buffalo Bill himself) ordering me to take it down. I did, but by that time it had already spread and been re-posted everywhere and still is!

WZ - What is the future of Greenskeepers? Are each of the band members doing their own thing? Do you have any new news of future music for our readers? 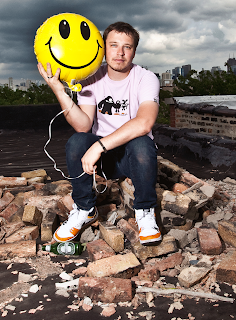 JC - Greenskeepers has always been a name that represents myself and the artist(s) I collaborate with. I released solo music under Greenskeepers for 3 years during the time I was building the G-Swing sound. Currently I'm releasing a new Greenskeepers album on OM and One Love that I wrote with the other original Greenskeeper, Nick Maurer. The new album is called Live Like You Want To Live and was co-produced by Tommie Sunshine. I have also just finished producing an album featuring Ziggy Franklin. I am currently in the process of mixing it down with Derrick Carter.

WZ - Some DJs or musicians hate this question, but i always feel inclined to ask it: do you have a favorite song that you've made and what are the reasons for that song being picked?

JC - I would have to say my favorite song is "Low And Sweet". It was the first time I experimented with blending swing music into my house production. It was successful around the world and opened the doors for me to DJ internationally.

WZ - Do you prefer DJing or a live gig? What do you find to be the advantages of each? And what about each do you tend to dislike?

JC - I like them both for different reasons. For the most part I don't have to choose. I usually follow every live show with a DJ set. The live show is really fun and gives me a satisfaction in performing the songs that I have worked hard on in the studio, live on stage. What I love about DJing is that it's been a passion of mine since I was 15 years old and I have so much fun doing it. I love being able to take the crowd to places they didn't expect to go and being able to feed off of their energy. I love what I do, and I like to think that it shows in my performances.

So I have to thank James for the time he lent to do this, as well as having the patience with me for occasionally bugging him about it all! He's a busy guy, as many in this industry are, so I am quite happy he was able to give all of you a glimpse into what he's up to! Here is a little of what James has provided as a little ear candy for you all!

Om Podcast - James Curd (Child's Play Edition) James just did a mix for the Om Podcast...for just a little bit of info (email/city/state) you can get in on that mix as well! Click the link to check the tracklisting!

And the usual bit applies here. I expect you all to crack open that wallet and buy some shit! Get to it!