Bring on the summer!!!

If you also live up here in New England, you know we've been getting shafted royally by Mother Nature. Seriously, is that bitch on a perma-period? We here in Massachusetts set a record for the month of March with 14 inches of rain. To put that in perspective, the city of Santa Fe, New Mexico gets 14 inches all year long. Not the best example, maybe, since that's in a pretty dry climate, but who cares. I tried. I'm nerdy.

Anyhow, I am like so many others up here that are truly sick of rainy, cold weather. I want the summer to come! So I figured I would give you all a little bit of summer in my music post! These are all songs that have to do with summer in some way, shape, or form. A couple are newer. And probably are songs you know pretty well. The other? Is a favorite of mine that I actually have on wax. Actually, now that I think of it? I have another nice little mint piece on wax that will get the posting happiness today, also. 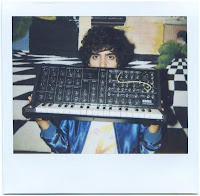 The first two are the newer releases. The first is by Texas band Neon Indian. They started to make a bit of noise late last year, and it turned into an album by the name up Psychic Chasms on the Lefse label. The tour he has going even starts off with a bang! Two tour dates with Massive Attack? Yes, please! Well, this track is summer related, and honestly my favorite from this 21 year old wunderkind. It's "Deadbeat Summer".

Next up is from a band I've posted about before. YACHT is now on the DFA label (no surprise there) and they've made a full length album entitled See Mystery Lights. I'm still pretty iffy on these guys, but I admit I dig this song, so I think considering the theme of this post today? We can let it all slide. This one's "Summer Song". 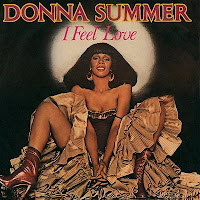 Now come the real treats. Well, they are to me. So whatever. And such. Donna Summer? Anyone? And no, not that person calling themselves DJ Donna Summer. This is the legend from the days of disco and excess. Well, this song has been sampled and remixed to death, but nothing really beats the original. It's her classic track "I Feel Love". It's one I picked up dirt cheap and played fairly often. How can you really diss Giorgio Moroder? Well, I've got the album version here, as well as the now underground legend of a remix by Glenn Underground. Well, because of some probably obvious issues with releasing a remix and getting rights to samples? This became a white label. It heavily relies on Moroder's track "The Chase" from the film Midnight Express. This is a brilliant piece of work - remix or not!

And lastly, just to trip you folks out? How about the video for "Summertime Clothes" by Animal Collective? Yes. Fun times.

Now, go buy some stuff. These guys are bringing you warm vibes. Buying something is the least you could do!