Sometimes I dream of sharks...

It's starting to feel like Spring is finally here. The temps inch up the thermometer every day this week. This inspired me to do some spring cleaning on the inbox. This post will be three tracks sent to me by email from artist looking for some exposure. Exposure I think they all deserved. 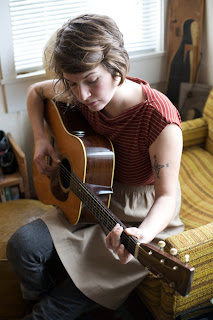 Penny Hill is an alter ego of Norman, Oklahoma's Hilary Pitchlynn, but shhh... don't tell anyone. Hesitant to ever step on a stage, Penny wrote songs late at night in her bedroom long before ever letting anyone in. Her poetic lyrics, wandering melodies, and penetrating vocals create songs that are somehow larger than their component parts. A self-taught guitarist, Penny Hill is not interested or motivated by theory, she prefers to just let the instrument speak.

Life experience and emotional honesty is the cornerstone of Penny Hill's sincere songwriting. Either solo or with a backing band, Penny's songs have the power to speak to the hearts of her audience and draw them into her world of passion and mysticism. Beneath the surface of her sounds are hints of another world, full of beautiful and melancholy mysteries. To witness her perform is more like visiting an oracle than going out to a show.

An oracle? Well...Penny's music will make you think. Find out more about Penny here. This song is by Penny and is off the album Unbutton Your Heart and is layered beautifully with acoustic and electric guitar:

I love getting all these great mash-ups and remixes just delivered into my inbox. I used to have to go buy records and scour the internet to find music. Now amazing producers just send me music!

Check out this mash up/remix of Yaz and Michael Jackson by the remix/DJ duo of Beat Mass! 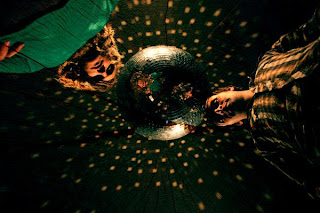 I asked the group to send me the scoop on who they are, and why they decided to mash Situation with Thriller.

Well Beat Mass consists of myself (Mike Dwyer) and my roommate (Jake Brennan) we have always played music together whether it's jamming on drums and guitar, or piano and some congas. Last summer we decided to throw out some cash and grab some tables and learn how to DJ. It's been non-stop since then and we love it. We currently DJ around town and spend a lot of our time remixing and working in our studio on tracks like this one. It's been a big learning process but we are starting to reach that point where we feel good about the music we make. This song in particular just popped up in a store one day while we were shopping and we both looked at each other and started laughing and said "Dude we should remix this song!" We just want to make good feeling tunes and something that gets people excited and want to dance. Thank you for checking it out we are stoked! If you want any pictures and what not you can check out our myspace (who uses myspace anymore ha?) at www.myspace.com/beatmassaz

In my inbox was this gem by the a group called The Candle Thieves. This album is so great I might buy it twice. Here is a chunk I stole from their bio:

Welcome to the world of the Candle Thieves – a very wonderful, weird and whimsical place. Deep thinkers can lose themselves here in gentle, poppy pleasures, and enjoy soft-hearted sentiments with sinister undertows. The band that made this world together is the brainchild of two serious songwriters, who wear big, thick-framed glasses, walk out onto the stage to the sound of the Jaws theme tune, set off bubble machines, and play glockenspiels, toy pianos, shakers and snares. They summon up the spirits of Eels, Sufjan Stevens, and the Lucksmiths in their sounds, but make wonderful songs that are utterly their own. 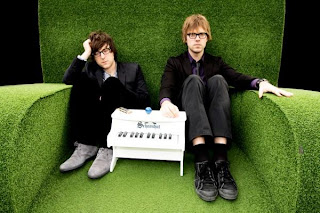 But who are these strange characters? They are Scott McEwan and the mysterious man who hides behind the moniker, The Glock, – two sixth form friends from Peterborough, who studied music together at college. They lost touch with each other when they left the school gates, and started to pursue the rock and roll dream. Scott McEwan became the lead singer of a rock band, while The Glock played in a Keane-like pop group that had a top 40 hit. Both have toured the world and tasted the high life, but both craved the chance to make music that was more simple and intimate.

"We had both been listening to songs that were very different to the music we made", explains McEwan, as he remembers the time that the friends spent apart. "We both like melancholy things that were happy on the surface, but more serious underneath – songs that weren't trying to be clever, but somehow said everything." When they met up again after so many years, and realised they were doing the same thing, they decided to start up a side project to do anything they wanted. "We didn't want any rules any more. We wanted to go back to basics, really have fun, and try to follow our hearts."

Apparently going to a show where these two are playing live is quite the experience! They pass out chocolates and fire party poppers into the crowd while a bubble machine is working the stage and then they play songs about uncomfortable situations and observations to a poppy, yet delicate, sound of toy pianos and snare drums. After listening to this album, I can't wait to see them live!

Sadly I could not get an MP3 for you from their new album Sunshine And Other Misfortunes but check out this remix of one of their songs to get your whistle wet.

If you liked this stuff I suggest you check out the links in the post and the links below.