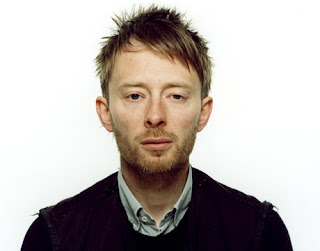 Today has been a strange one. After waking up to a fever, I fell back asleep and had just ridiculous dreams. I couldn't tell you exactly what they were about, but we all have the ones that make us feel uneasy for the day when you have them. So it's almost fitting that I chose the songs and/or artists I chose today for the post. Thom Yorke - for almost obvious reasons - and Spoon's song "Nobody Gets Me".

Well, Thom Yorke, for anyone that has been under a rock for the last 15 years, is Radiohead's frontman. He's a strangely unwilling iconic figure in music. He does what he likes, and that attitude helps create very refreshing sounds in a world of banal egomania in music. Mashups? Very rarely work. Remixes? A good percentage of them are crap. Original work? Always is.

So Yorke released the album The Eraser to some pretty big fanfare. It honestly probably helped create the mood of Radiohead's In Rainbows, also, as at points you can see how Yorke evolved from his solo project and its effect on the band. Simply take the electronic mood and replace with instruments. It was one that left Radiohead fans wondering what exactly was going on with Yorke, but there is an excellent interview with NPR's Terry Gross on Fresh Air if you folks feel like taking a listen. Well, he has a new song out, and as much as I hate to say this, it is one featured on the Twilight: New Moon soundtrack. I feel very dirty even saying that. This song, however, is rather brilliant. And the next song, by Spoon, could be just as much about Thom Yorke as it makes me feel about myself at times. This is "Hearing Damage" by Yorke. Enjoy! 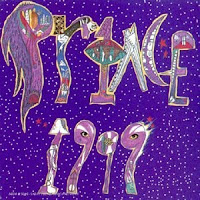 Next is a track by Spoon that sort of jumped out at me. Partially because of the song title - "Nobody Gets Me But You" - but also because it made me initially think of Moodymann's "U Can Dance If U Want 2", but only because that track heavily sampled Prince's "All The Critics Love U In New York". Well, this Spoon track seems to sample one of the drum loops from this same Prince track, and we'll have you guys decide. I've also asked a DJ friend of mine that happens to be a massive Prince nut about this one, too. I have yet to hear back from him, but he might be in agreement with me on this one. It doesn't take away from how good this track is, however, so kick back and enjoy.

And go buy some shit. Stop being selfish!