You don't get high on your own supply 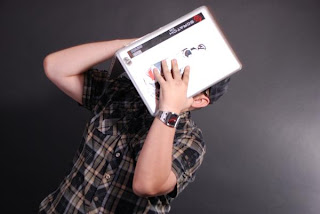 Mike Morales, aka DJ Kue, is quickly becoming one of dance music’s fastest rising deejays and producers. His music has been garnering support from Judge Jules, Kissy Sell Out, Bloody Beetroots, DJ Am, DJ Dan, Donald Glaude, Charles Feelgood and many others.

Not only are Kue’s skills as a producer in high demand, but his skills as a dj as well. Approaching his 15th year of djing, he has been known for innovating his own style, taking the listeners on a journey through music. It is not only Kue's track selection that one should look out for, but his constant manipulation of tracks through the use of of doubles, vigorous scratching and other turntablism techniques.

With a combination of great track selection and turntablist techniques, he does what he can to rock a party right!

15 years? I'm late to the party. I almost thought I discovered DJ Kue. The day I stumbled across his work on hypem.com, I was in love. This man's remixes are top notch. They are the sound I want to hear and to play. Besides the electro house sounds that get me excited, he even remixes artists that I love! NWA, Ke$sha, Fall Out Boy, the fucking Shangri-Las?!?! It's unreal.

As an up-and-coming producer myself, whenever I heard Kue's tracks I pictured the most awesome studio. I was surprised to discover that he just uses Ableton. I just switched to Ableton as well. It's actually an amazing bit of software. It's just software. Don't you need a ton of awesome hardware? no. Not if Kue can produce these bangers with just that.

It makes me want to refocus. I'm in the purgatory of studiotopia. I've been displaced by this housing market of ours. So it's just me and my macbook, shoved into a little corner of a room. Struggling to find time and space. Having a hard time getting inspired.

Kue offered to answer some questions, so I thought... Padawan can ask the Jedi something? How about: "What inspires YOU?"

Music in general, inspires me. I grew up listening to lots of stuff as a kid and it really just evolved into getting into djing and then production. As a dj, there were always really great tracks I loved but never really had that dancefloor appeal. So, I started making lots of bootlegs. It was really reworking other tracks that I started to learn about production as a whole and make my own stuff. 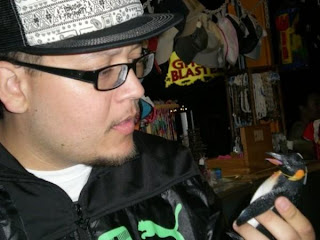 Seriously. Me too! That's why I become a DJ, and why I inspire to remix and redit. To make music that I could share on the dance floor! It's why I started the blog. It's great to get to chat with DJ Kue and I am thankful for his work.

If you drop beats on huge dance floors or melt faces in the privacy of your bedroom, Kue's tracks need to be in your set list.
Posted by mookie at 5:31 AM