There's some thieving going on

Mookie and I went to the library on Sunday. Mookie was thinking about looking up some music production books, but ended up awed at the CD collection. He checked out 7 CDs. And 2 DVDs. And we each grabbed a few books.

All of these items ended up being somehow related to each other. I abandoned "1984" by George Orwell at about page 80 (I was in between books and had to grab something) in order to start reading Chuck Klosterman's first attempt at fiction, "Downtown Owl." Turns out, it's set over the winter of 83/84, and the high school lit teacher assigns all his classes the book... What do you think... "1984." I loved "Downtown Owl". I could have finished it on Wednesday, but I saved the final few pages for the next day. I digress. It was odd, though, that I was reading a compelling story about many different people in a small town who will have one possibly tragic circumstance affect them all, while Mookie is just about to finish "Under The Dome" by Stephen King which is kind of about the same thing. 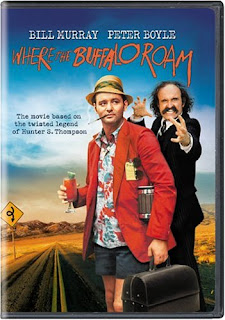 Wait, there's more. There were a lot of great music finds in that stack of CDs Mookie grabbed. I had never heard of The Black Keys before. Mookie made a nighttime listening playlist which included The Black Keys, The Black Ghosts, The Black Crowes, and a few other interesting albums.

There's another coincidence for you already, however, there is one more. One of these artists, although I couldn't tell you which one since I was listening in my sleep, kept mentioning Hunter S Thompson in one of their songs, and believe it or not we also checked out "Where The Buffalo Roam", a movie about...who do you think.


Take a listen to this bluesy rock sound and heartbreaking guitar... 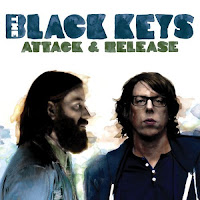 The Black Keys is a duo from Ohio who have been putting out albums since 2002. In their basement. The latest Keys album, Attack and Release, was released in 2008 after being contacted by Brian Burton write a few songs on an album he was developing. Who is Brian Burton? None other than DJ Danger Mouse. Uhhhhh... The Grey Album??? Heard of it? Anyway, despite still recording the album in Ohio, Danger Mouse produced the record. It's a beautiful sound. You've got to pick it up.

And if you're interested in what happened when The Black Keys continued to delve in to the world of hip hop, I do believe Mookie is working on a post to introduce you to Blakroc. Yup. Dig it.

Attack and Release is one album you do NOT want to be caught without in 2010. Check out The Black Keys. Seriously. You will be so glad.