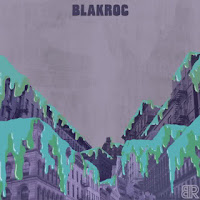 The Little One let the cat out of the bag so to speak...but I have been dying to tell you about Blakroc. This little band from Ohio called The Black Keys is made up of two dudes named Dan Auerbach and Pat Carney. They love hip hop, the blues, and make some of the most interesting rock music I have heard.

Damon Dash, co-founder of Roc-A-Fella records, happens to be a fan of The Black Keys. Well he is now. He was a little late to the party. Here is how he explains how he became a fan:

My assistants, who are now actually A&Rs, were going to a Black Keys concert for their birthday and I wasn’t invited,” he explained. “Usually on their birthdays we all do it together and the reason why I wasn’t invited was because the concert was sold out. And I had never heard of The Black Keys and I was like y’all still gonna go without me. And they was like ‘Yo it’s The Black Keys.” So I was like, lemme hear this group. So I start listening to them and they actually became my favorite group.

He made a call to the band about being interested in working with them. An awesome studio in Williamsburg was booked and the band recorded 8 instrumentals in 2 days.. Dash calls some big time rap star homies. RZA, Mos Def, Raekwon, Ludacris, Q-Tip, Billy Danze...The BlakRoc project now is inexorably in motion.

After my brother makes me a copy of the CD to check out, I immediately load it into iTunes. I had been anxious to learn about this project I had heard so much about. Then I listened to it again.

Then I frantically scour the internet. I need more.

I find the official site for the project.

I watched every video off blakroc.com that documents the 11 days it took to bring this project to fruition. On these videos you can see all these amazing artists coming in fresh, never hearing the tracks that the Keys had put together, and dropping rhymes. 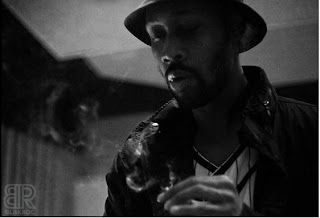 Watching RZA get on the fucking guitar and start working a rhythm. The man commands the room and everyones attention. It's really amazing. His execution on the mic is just explosive. Even Dan and Pat make mention of the collab with RZA saying that, even with a guitar in his hand...what comes out of him is that Wu-Tang sound. "The music is so deep in him. It’s like whatever instrument he’s using it’s like his sound coming out." If you watch the video, you can see it looks a little awkward at first. Like, "RZA wants to play a guitar? /sigh ok...bass or guitar?" Then they realize it's gonna be ok. No, it's legit for sure.

Joel Hamilton co-produced this album with The Black Keys. It's his studio that you see in all the videos I mentioned above. You will catch Joe in a few of the videos. Here is what he says about the RZA collaboration:

I would say when RZA said my name at the beginning of this track “Oh man Joel” and then he goes into his first verse and it’s like I thought something was wrong and fucked up and I turned around in time to just see him rock the control room. Everybody on the couch, everybody standing around, felt it in the room at that point. He’s doing it like that while there’s people like Billy Danze, Pharoah Monch and all these guys are around and that hadn’t happened for a long time.

The entire album is great. I hear they are already working on a new album. I'm so stoked.