What Would I Want? BAND! 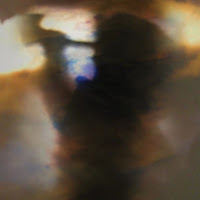 This week features a new-ish track by indie sensation Animal Collective, as well as a fun little track by We Have Band.

Animal Collective have just released another EP, Fall Be Kind. Five more tracks appear here, and the track I'm talking about is easily the standout of the five. Another highlight is "I Think I Can", but I'm here to bring everyone "What Would I Want? Sky".

So considering the ruckus over Merriweather Post Pavilion, this little EP adds some fuel to the fire for the heralding that will no doubt come about when end of the year lists start trickling out this month. Man, that was a long sentence. So here's What Would I Want? Sky".

Next up is a fun one by London trio We Have Band. Really, the highlight of this track is more the video than the song. Think Michel Gondry done exponentially. Stop motion madness! Close to 5,000 photos were taken for this video, which had to be quite a pain to do at points. This track can best be described as some updated disco, and it's simply a track that you just have to kick back and enjoy. The video? Best of the year. No doubt about it.

Go buy stuff. Tis the season and all that seasonal pine smelling bullshit.

Email ThisBlogThis!Share to TwitterShare to FacebookShare to Pinterest
Labels: animal collective, disco, fall be kind, indie rock, London, merriweather post pavillion, my girls, we have band, you came out