But we all fade sometimes, I believe 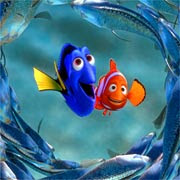 When life gets you down, you know what you gotta do? Just keep swimming.

"I know I can survive. I just don't wanna have to."


Jack's Mannequin's EP, Dear Jack, was released this week in conjunction with the film of the same name. The band was formed as a side-project piano-based rock band by Something Corporate frontman Andrew McMahon.

And then McMahon was diagnosed with Leukemia.

Just find the horizon, I promise it's not as far as you think.

I loved Jack's Mannequin's first album, Everything In Transit. My favorite track from that album was "Dark Blue". I do enjoy the night when it is that perfect shade of dark blue. And I don't slow down enough to experience it. The song means even more to me now after experiencing the EP. I realize that "Swim" was released on the second album, The Glass Passenger, but somehow I missed that record. Enjoy Dark Blue, and if you haven't heard of this band before, then consider yourself cordially introduced. 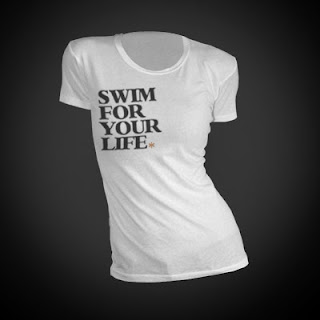 You can visit the band's MySpace page to get the film or the EP. Or check out their website for all kinds of other goodies, including this tee which I know you will want to buy for me!

Seriously, I was able to get hit with this EP just at the right time. It's been quite a week for me. I know we all have them. But you do realize, don't you... That you do have to keep swimming.

The version of "Swim" on the EP is a Music Box edition. Instead of piano, the music box tones cast an underwater-aquarium light on the same message: "I'm not giving in. I swim." Check out the original music video for the first release of the song below. And get inspired, and get motivated, and swim with me.