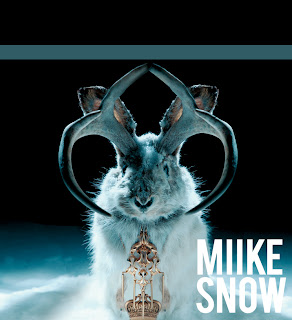 New. Well not to the music scene.

Don't give up on them yet though!

With added member Andrew Wyatt, they have become something of what I want to dub Progressive Pop. (™ bitches) Imagine pop star Prince (...or formerly known as) collected animals. No wait. I got that wrong. Miike Snow is Prog Pop because they sound like Prince and Animal Collective! I mean if Progressive Rock is essentially a genre that pushes rock's technical and compositional boundaries past what is traditionally called Rock, then how is Miike Snow not Progressive Pop?

Case in point? Let's dissect one of my favorite tracks off the album. A Horse Is Not A Home:


[Download Miike Snow - A Horse Is Not a Home]

Progressive rock typically has lyrics similar to its musical ambition, tending to avoid typical rock/pop subjects such as love or dancing. If you listened to the lyrics of the above song, you will notice the imagery and symbolism.

Oh god I think I'm dying,
And our drinks were just poured,
Look outside someone's waiting,
With a yellow horse

With a hole in the heart I was forced to ride
in morning traffic.
With a golden hand by your fortress side
but without magic.

Did you notice how catchy that song was? Piano and guitar driven pop. The music is light and approachable. Comfortable and accessible.

Probably one of the most blogged about songs on the album is Silvia. Check out the band performing this live on KCRW: 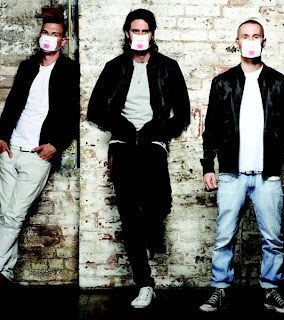 Another amazing song is also the bands first single. Watch the video for Burial here!

The group has roots in DJ and remix culture, so I have collected a remix by the band and for the band for your perusal.

Loving the remix? The original is beautiful as well.

Here is a remix the band has done for another band you might know. Check out this remix of Peter Bjorn and John's song Don't Move Me.

Please pick up this album. If you already have it, leave us a comment and tell us what you think too!