I will always be better than before

"You look like a loved kid," the movie version of Jan Burres tells Alex McCandless in the movie Into The Wild, as she continues to try to get him to send some word to his family about his whereabouts and howabouts.

But Alex left that behind when he set out on his journey. Alex was an extremely intelligent kid whose headstrong ways often got him what others would consider negative results, however, he had his sights set on a goal that couldn't be measured in a way the rest of society would understand.

Society
Crazy indeed
Hope you're not lonely
Without me

Despite being hand-picked by Sean Penn to write the entire soundtrack for the movie because of their work on previous feature films, I would guess this story was still inspirational to Eddie Vedder. I imagine he felt a personal connection to such a soul who could walk away from the ivory towers worshiped by those around him, and possibly he has known characters who followed the call of the wild just like the young vagabond, which may have helped fuel the passion behind this album. Track 8, a Jerry Hannan cover, tries to capture part of the revulsion that turns people away from living with the mainstream.

"It was startling how easy it was for me to get into his head. I found it to be uncomfortable how easy it was, because I thought I'd grown up," Vedder said in an interview promoting the movie. 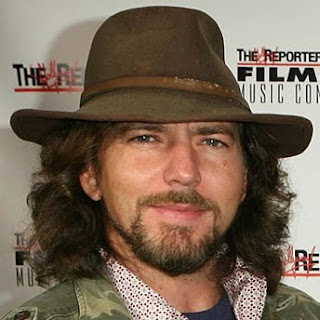 It is true that many creative people fail to make mature personal relationships, and some are extremely isolated. It is also true that, in some instances, trauma, in the shape of early separation or bereavement, has steered the potentially creative person toward developing aspects of his personality which can find fulfillment in comparative isolation.

--Anthony Storr, in "Solitude: A Return to the Self"


Acknowledging that my point of view on the life of Eddie Vedder will be no less than ignorant, I will still observe that it seems to me he has found the barely tolerable level of isolation and rebellion against what the rest of us expect as well. Pearl Jam has sought after only the ability to make music, and has done as much as possible to boycott all else that is expected of a famous musician in our culture: the promotion, the music videos, and at one point any reasonable amount of touring due to the Ticketmaster boycott.

Don't come closer or I'll have to go
Holding me like gravity are places that pull
If ever there was someone to keep me at home
It would be you...

Everyone I come across in cages they bought
they think of me and my wandering
but I'm never what they thought
got my indignation but I'm pure in all my thoughts
I'm alive...

"Guaranteed" won several awards after the release of the movie.


But don't label Vedder or McCandless as complete outcasts. The young adventurer left his mark on every single person he came across as he drove, hiked, canoed, hitchhiked, and jumped rails all over North America. Alex inspired an 80 year old man to leave his regimented life and follow the road. He found companionship and substitute families wherever he went. Once his death was reported, many of his fellow vagabonds came forward to create the story that first appeared as an article in "Outside" magazine, leading to the "Into The Wild" book, both written by Jon Krakauer, and finally to the widely-acclaimed screenplay, written and then directed by Sean Penn.

"I look around the audience, and there's so many faces, and I've looked into the eyes of at least the ones I could see—there's at least 1,000 faces—and I've communicated directly to them and seen where they're coming from...One thing I don't feel is separation from the crowd. I don't feel like we're speaking from a platform, I feel like we are communicating on the same level," Eddie Vedder told The Rolling Stone in 2006. 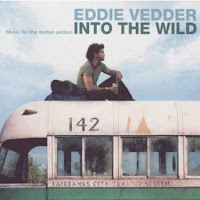 No man ever followed his genius till it misled him. Though the result were bodily weakness, yet perhaps no one can say that the consequences were to be regretted, for these were a life in conformity to higher principles. If the day and the night are such that you greet them with joy, and life emits a fragrance like flowers and sweet-scented herbs, is more elastic, more starry, more immortal, -that is your success.

Alex McCandless found his joy and his freedom, and he found peace as well. But to leave his family in a wake of excruciating pain and loss is a cruelty that Vedder declined to explore on this album. For someone who loves the earth and seeks peace, surely it is incongruous to then so savagely cause anguish to those who love you.

Be it no concern
Point of no return