I got a hole inside and it's ten miles wide... 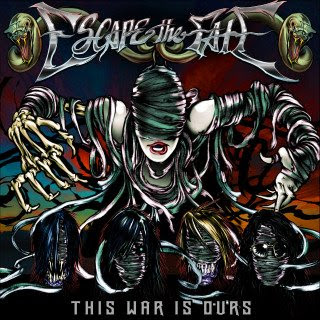 perform. My brother had the hook-up and I was following him around as he held court. He has a sweet gig at a local radio station and he knew a ton of people at this particular event.

One particular person he knew had just walked by. Maybe he felt the need to tell me who it was because of the look on my face. The kind of look you might have if you smell something bad. 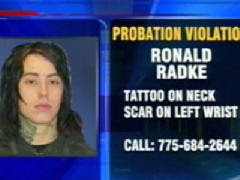 It wasn't the smell...it was just the over-the-top rocker/douchebag persona that gave me the stink face.

He was loud and annoying and he seemed smashed before Thrice even came on stage. I ended up standing in the roped off VIP area next to this dude, and it was tough to take my eyes of him and his entourage. Shenanigans abound.

It was Ronnie Radke the lead singer of Escape the Fate.

Well...he was the lead singer. He's in jail now.

Ronnie Radke was asked to leave the band after he was sentenced to prison for multiple run-ins with the law involving narcotics and battery for a fight that led up to the death of Michael Cook. It sounds like a bunch of drama, and you can look up the whole story here, but Ronnie Radke is not what I really want to spend a lot of time on.

What I want to talk about is how great Escape the Fate is without him!

It might be a shitty thing to say, and it has nothing to do with him acting privileged at a concert where I happened to see him. I just think that the new front man, Craig Mabbitt, does a much better as the songwriter and lead vocalist. Craig has experience as a frontman since he held the duties in the band Blessthefall.

I probably will get a bunch of heat from thinking the band is better off, but maybe if you listen to a before and after from the band you can make the decision for yourself.

Here is Ronnie on the song My Apocalypse:


My Apocalypse is good, but check out Craig on the track 10 Miles Wide:

Yeah...you know I am right. The band even sounds better on this album, but that's to be expected with all the touring they had done prior to them entering the studio. Either way, both albums are required listening, but I think we both know which album I will be playing more.

I am so glad you dug that album. It's been steadily in my playlists for over a month now. Did you catch that the Buck Cherry guy was a guest singer on the "10 Miles Wide" song?

I missed that... Josh Todd of Buckcherry huh?

Definitely my fav on that album...