This is supposed to be a post about Set Your Goals, the sixpiece "post-hardcore" or "hardcore infused with pop" band from San Francisco. The band formed in 2004 and was fortunate enough to go on tour with The Warriors based off an EP they had recorded. They ended up signing with The Warriors' label, Eulogy, and followed up the re-release of their EP with their first studio album, Mutiny! in 2006. 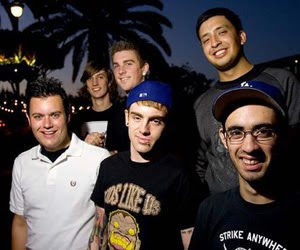 I thought Mutiny! was a decent freshman effort. Someone else must have thought so, too, because they went on tour with Anti-Flag and Alexisonfire the following year. Then in 2008, Set Your Goals played the entire summer on Warped Tour and got a contract on Epitaph Records in early 2009.

Influences such as this should make a dent on a punk band.

But This Will Be The Death of Us, released in July of this year, seems to take a step backwards. There is so much life and energy in Mutiny! that you would think could have been harnessed into excellent, mind-melting guitar riffs and stronger-than-ever lyrics, but it didn't. I don't know what happened. Instead, this album is full of lay-it-on-too-thick double bass and lay-it-on-too-cheesy rebellious rants you might hear from a fledgling teenage punk band, but not a bunch of guys in their late 20's who have been around absolute legends in the punk industry. 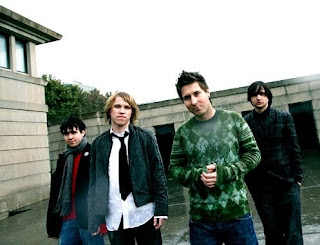 These sugary, anthem-y chants in This Will Be The Death of Us reminded me of another band: Hawk Nelson. This is an energetic punk band from Canada which has been around since 2004. They also happen to be a Christian band, which obviously precludes them from ever being invited to tour along with Alexisonfire or most of the other punk godfathers.

Somehow, though, the boys in Hawk Nelson have managed to polish their craft with every album they put out. They don't get played on mainstream radio, although they did appear on a major motion picture and did get nominated for a Grammy. They don't get invited to go on tour with anyone but other Christian bands or Christian festivals.

But put almost any of Hawk Nelson's singles up against any track on This Will Be The Death of Us and the only difference you will hear is a better execution by the Canadian boys. I ask what is the point of putting Set Your Goals on Epitaph at all. Compare "Let's Dance" from Hawk Nelson and "Look Closer" from Set Your Goals.

That's how this post which was supposed to be about Set Your Goals becomes a post about Hawk Nelson. Would you like to hear some music that actually makes you get up and jump? Are you really going to overlook a decent band because they are Christian?

Check out some Hawk Nelson. They have a fourth studio album on its way next month, but below you can get the mp3 off the new release.