And we have more Batman! 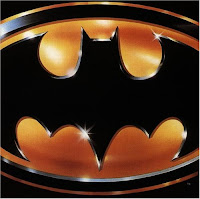 So yesterday saw the release of a new Batman game. I have to admit, I'm nerdy enough that I had it pre-ordered, and played it for a good portion of the day yesterday. It's been getting rave reviews, so if you're a gamer? I'd suggest going to get it. The amount of stuff to do and find in the game borders on ridiculous. Finding all the Riddler's statues, then having to solve riddles? Not to mention unlocking upgrades, etc.?

If you get it for the Playstation 3? Well, you have the opportunity to get a challenge map where you can even play as the Joker! I mean, who wouldn't want to do that? It's a great game, and you can easily lose yourself in it even if you're just a casual gamer. Below is a trailer for it.

So anyhow, how does this relate to music? Well, that's easy! Don't any of you remember the original Batman movie? The one with Michael Keaton and Jack Nicholson? No? Well, that just means you're young. Well, way back when, Prince did the soundtrack to that first Batman film, and there are actually some decent cuts on that one. Here I've tossed up the first track that was released from that album, pretty simply titled "Batdance", as well as the track "The Future". Luke Solomon actually did a damn good bootleg of "The Future" a few years back, but I can't seem to locate it at the moment. Enjoy these two cuts, though!

I've even been nice enough to include the music video for "Batdance". It shows you how far we've come with music videos.

And yes, go buy something. Do yourself a favor!