You can't afford what you take

I loved Blitzen Trapper. If you're in Seattle, you are in for a treat tonight as local radio station KEXP puts on a free show at the Mural Amphitheater with today's INALLCAPS discovery: Throw Me The Statue. 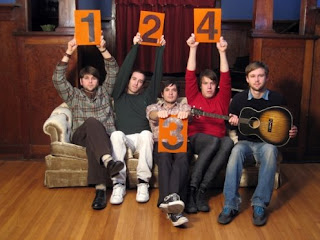 After that, my peeps in Minneapolis will be able to catch them at 7th Street Entry on August 26 as they kick off a fall tour with The Brunettes. That's right, summer just began but it's already time to think about fall tours. Time to check out opening bands and discover new music all over again. If you've caught Cake in Seattle, you may have seen Throw Me The Statue open for them. If you caught The Shins way back in '05, you may have seen The Brunettes open. 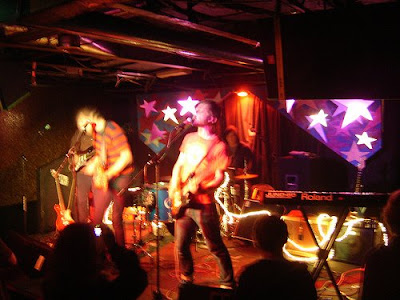 And if you haven't caught anyone in awhile, then no time like the present to consult the schedule of your nearest straws-on-the-floor music venue and get on it! You'll be glad you did. I know you have read our posts about discovering great music in opening bands. Try Pollstar.com to figure out who you are seeing tonight, next week, or next month.

And right now, preview some Throw Me The Statue:

You get lost when you find hope in a feeling

Blah blah blah they use drum machines and a glockenspiel. I have to mention that because everyone else and their wiki points it out and far be it from me to act like I don't notice. I think the most notable thing about this band is the laid-back but earnest way the music and sincere lyrics are delivered. There is something very respectable about that. In this way, and only in this way, I can compare them to Death Cab for Cutie without worrying that you will think they are another sound-alike band.

Creaturesque is to be released this coming Tuesday, and it's the second full-length album for the band. Just last year, the album Moonbeams received praise and media attention. Check out the video for "Yucatan Gold" from 2008.

And now you know what to do...

Email ThisBlogThis!Share to TwitterShare to FacebookShare to Pinterest
Labels: Blitzen Trapper, cake, glockenspiel, the brunettes, throw me the statue