Will Not Lose. Ever. 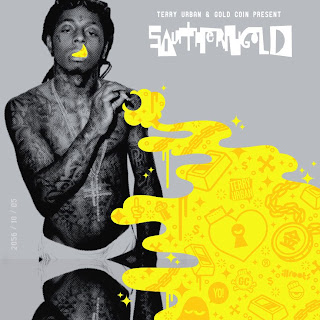 As many of you know, I’ve been preparing to release an exciting mixtape this summer called Southerngold. Basically, me mixing my favorite Southern rap vocals over remixed samples of my favorite Santigold influenced samples and tracks.

However, as I am about to release my mix on the internet tonight… literally, I am sitting at my desk in Brooklyn uploading the mix to YouSendIt.com, I get a cease and desist from lawyers at Santigold’s label, Downtown Records.

I’m not selling this, I’m not making a dime. I’m encouraging everyone to BUY Santigold’s album and I’m helping to expand her fan base to new markets. In addition, none of these songs are as they would appear on her actual album. EVERYTHING is remixed and redone so there is no competition with her actual in-stores album… It’s ironic that Downtown Records biggest group was signed due to a project with similar ambitions, Gnarls Barkley’s Danger Mouse with The Grey Album.

I love mixtapes. They tend to be fun and interesting, and are crowd pleasers if you throw one on at a house party or on a road trip. There is a creativity in this idea of creating a mixtape that is usually rendered illegal and never a viable product to the paying masses.

I am not just talking about the compilation of love songs you recorded to tape for your girlfriend, although, this is also illegal if you try to sell that compilation.

A "Mixtape" is usually an album mainly made up of Remixes that are mainly made by DJs, and are released to promote the DJ, and all the other artists that are featured on the Mixtape. These mixtapes normally use music sampled from other artists' songs, which are not normally cleared for use, but are overlooked by most music authorities, including those who's music is sampled.

Rarely found on tape anymore, most mixtapes come packaged up in a .rar or .zip file. 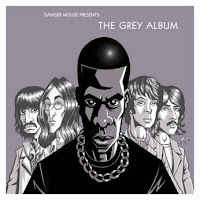 The first mixtape where I ever heard of this stifling attempt by a label was The Grey Album. The Grey Album was DJ Dangermouse's attempt to create a mixtape compilation between the lyrics from Jay-Z's Black Album and the Beatles' White Album. The label who lost their shit was EMI, who owns the rights to the Beatles music. Inadvertently, EMI shined such a bright light on this mixtape that it endsed up becoming an internet phenom.

Back when this was all going down with The Grey Album, the RIAA was taking college students, kids (some as young as 12), and the parents of file sharing children to court. I was generally digusted with how the label approached people sharing music, and when I heard about Dangermouse and his mix tape, I took it upon myself to share The Grey Album with all my friends. I even made CD liners and CD labels, using my own money to make the mixtape I was going to give away look good.

That was my personal FUCK YOU to the record label.


Earlier this month, Terry Urban, the man we quoted at the beginning of this post, was preparing to unleash his latest mixtape Southerngold which basically takes Santigold’s debut album and mashes it up with some popular rappers from the Dirty South. Santigold’s record label, Downtown Records, issues a cease and desist order and officially shut the project down.

Music Bitch reported that “Santigold herself declared that she supported the mixtape culture and she would like it to be released.”

While sitting down to a delicious lunch of Jack in the Box with TLO I ask her what she thinks about this mixtape drama going on. She asks the perfect question: Who is Santigold's label? I have no clue, so I google it up. Oh shit. She's on Downtown. Downtown is the label that picked up Gnarls Barkely, which is the brainchild of Dangermouse. See how we came full fucking circle?

Then TLO continues to drop knowledge. As I begin to rant about how fucking hypocritical Downtown is, she explains the simple truth. Downtown knows all about hype and mixtapes. They are shining the spotlight on purpose. They know the end result is more sales for Santigold.

Tricky bastards, yet, at least it's a record label that gets it. Right?

I will share TLO's favorite track off the mixtape:

Also, there are some great mixtapes out there. Another one I like is another Terry Urban effort of mixing up Coldplay and Jay-Z called Viva La Hova.

Here is one track off that mixtape:

by spending your money on their shows, albums, and merch.

Although I don't generally support your "FUCK YOU" to intellectual property rights, I will overlook that for the general point you make - mixtapes do not diminish a fan's support of the original artist.

Moreover, thank you for the sharing of excellent tracks in your post today.

always good to have a lawyer throw her support. Even if it's only partly...