Stuck in the middle, and the pain is thunder 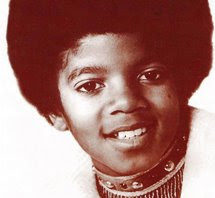 "Little boys can sleep a little safer" jokes aside, the man was most recently just trying to do his best with what faculties he had to create his own beauty and his own normal. Can you imagine trying to grow up Michael Jackson, with all that talent, all that warmth and love inside, and being subjected to the abuse and neglect that he was, and being carried on the shoulders of an entire poor as dirt family to bring them to greatness?

My next-door neighbor hung the poster of MJ and Brooke Shields, and the girls on the street would sing to the poster and get so angry at Brooke! We loved him and we wanted to be his PYT. 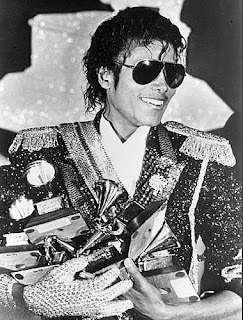 Paul McCartney sharing vocals on The Girl is Mine. Eddie Van Halen providing guitar for Beat It. Few icons throughout history have united parents and children in their love and admiration for their work. Young and old and people from all races and tastes just loved Michael Jackson. Neighbors gathered to watch the video premieres and the hourly replays. The man changed music and "Thriller" is the highest-selling album of. All. Time.

There are those who say that you were either a Prince fan or a Michael Jackson fan, but if you remember with a clear head you will realize that with "Thriller", the King of Pop absolutely paved the way for Prince and for ALL Black artists to follow. There is just no question. So perhaps as 1986 rolled around and you were all about Prince, you may have moved on. But Michael Jackson was startin' somethin'.

And he was a tortured soul.

So I can't cry for the loss. I believe his suffering is over and I say Go in Peace. We'll keep dancing.

so you thought him already dead since he had nothing else to offer YOU?
The most selfish comment i have read so far.
I think that a person that has given so much to the world (not only a singular person)and has changed so many people`s lives, will never die.