The more I live I see this life's not about me

Imagine it's sometime around 1989. You've just spiked your hair and combed 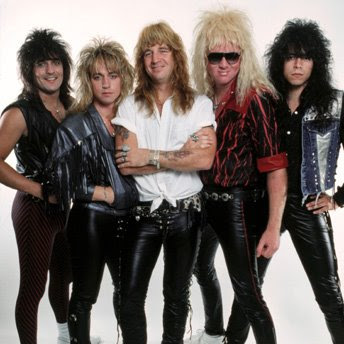 your sweet mullet, or used a half-can of Aqua Net on your four-inch-high bangs.
It's Friday night, and your jeans are tight.
It's time to go see Great White.

Seems like their set is a bit short... Your voice isn't even hoarse yet! What's this... They aren't even the headliner?! Some Christian band called Stryper is headlining this thing? Dude, time to go smoke a doob in the parking lot.

Fast forward to sometime around 2007, and I watched a hot dude - minus the mullet - experience a similar reaction when Bayside performed as one of the openers for Anberlin. I think someone made him stay and slow dance as Anberlin covered "Creep" as their closing song... He must have been in love. But to this day, he can't stand Anberlin. All because they headlined a show instead of one of his favorites.

You didn't know Anberlin was a Christian band? Well, most people don't. For awhile they seemed not-entirely-sure how comfortable they were with that identity, to tell you the truth. Anberlin experienced their first major airplay on Christian radio, such as Air-1. 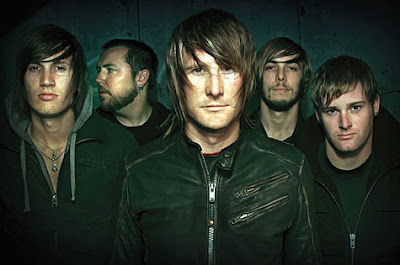 In an early interview, they sidestepped the "are we a Christian band" question, despite having roots as a bona fide Christian punk band (the lead singer Stephen Christian and the bassist Deon Rexroat formed the punk band called SaGoh in high school, short for Servants after God's own heart). Some of Anberlin's early songs were re-worked SaGoh songs. An early blog post on the Air-1 website even once criticized them for such a sidestep. They've progressed to admit that they are able to share their faith with the other bands they've toured with and it's a rewarding and enriching experience.

There is a strong sound to this band. The long and short of this album review post is going to be thus: "any distaste for them is undeserved." That's all I have for you today. I must be distracted by late 1980's hairstyles.

Check out the video for "Godspeed" of their 2007 album Cities:


New Surrender, the band's most recent release, is their first to be recorded on a major label. And they appear proud of what they've done, elevating themselves past writing about holding hands toward the issues and struggles they see in their lives and the lives around them. Case in point, lyrics from track 8 "Burn Out Brighter (Northern Lights)".

And much to the dismay of loser radio jocks everywhere, I am pretty sure that the song "Feel Good Drag" currently in heavy rotation is not about drugs. It wasn't even funny the first time, unless you're thirteen. If I hear another dj suck in his breath dramatically while announcing this song, I just might show up and punch him in the neck. You're on notice. You sound like an idiot.


You can support the indie label Tooth & Nail by checking out Anberlin's earlier albums, or grab the new one out on Universal Republic. Just clickety-click below.