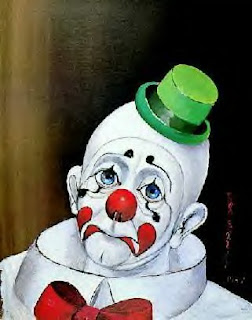 Yep. Two songs I like. Now, I get assloads of promo stuff from places, but I'll be honest - I don't like a lot of it. It's not that it's not good. It is. I just don't think it would be fair to post music just for the sake of continued e-mail press releases! There are a few I do like. I promise all you PR-firm folks I will get to the ones I do like! My one year at UNLV back in 2000 was a Comm major with an emphasis in PR, so I feel your pain for the amount of work you do for a mere pittance.

Anyhow, here are two tracks I'm just in love with right now. I just went through a nasty fucking break-up (isn't it funny how they guy always takes the shit end of that stick?) so this first one made me forget a lot of my problems, which I realize are so damned small compared to everything else in the world right now. Perspective, people!

So first off I've got the group Air France. They're from Sweden. Whoa! Clever! Sarcasm aside, I like what these guys do. Very ethereal and uplifting, and this song of theirs is exactly what I needed right now. This is the track "Collapsing At Your Doorstep".

Next is a song I had sort of forgotten about for a while. He's one of the many artists that continues SubPop's tradition of really good indie bands. His name is Chad VanGaalen and he's definitely influenced by guys like Neil Young, if that gives you any real idea of his sound. Check out "Sing Me To Sleep", and I bet you will understand why I felt good after this. Great tune, folks.

And lastly, your PSA telling you to buy some of this or I will kidnap whatever domesticated animal you own and sell it to a Chinese restaurant.