The smoke that rises separate from the fire

This song belongs on the radio. But I'm not going to start another diatribe on that. Besides, it's only a matter of moments before the day arrives that saying something belongs on the radio is taken as an insult. Just look at what passes for popular music. I wouldn't want my paid advertising butting up against a lame BuckCherry or Hoobastank track either. No wonder Clear Channel laid off over 1000 employees this week. 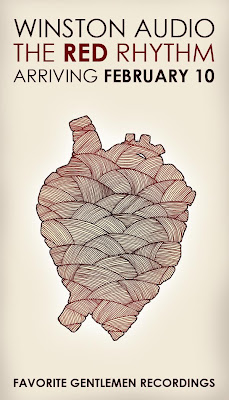 The boys at Winston Audio seem to agree with me. So I will take back what I said about getting this song on the radio. Just now, Dan D made a comment to me about how he'd rather have people hear about music from somewhere other than a "homogenous radio station that overplays everything." I didn't even expect to get a quote like that in my blog post today. What a roll I've been on lately with the way my posts have been fluently spilling out and fluidly syncing with life's happenstances. (Unfortunately the painkillers that life's happenstances have forced me to be on today may have ended my fluency streak. Sorry, lovelies.)

Not that it's all about me; although their upcoming album, The Red Rhythm, does have a track called Hey Ann... But, I've spent some time wondering who could ever produce the strong sound Sparta delivered and I've been a little lost since their disbanding. Listening to The Red Rhythm reminds me not only of how I would feel listening to Porcelain or Threes, but it also has the strength in sound and build that Soundgarden had. I really tried hard to refrain from making the comparison that I assume-and I'm not even going to run a google search to verify-everyone else has made between Soundgarden and Winston Audio. But since I did, I will say that lead singer Dan DeWitt's voice is just as strong if not stronger than Cornell's. It's a sound like this that makes me all warm inside. Take a listen to "Martyr."

Despite Dan's claim that he reserves his rage for the road, there is definitely a strong emotional charge coming through in these tracks. Track three, Keeping it Down, has a sound that reminds me of Eddie Vedder's passion. Vedder, by the way, is one of the artists the band says they'd love to collaborate with. Good choice my friends. Speaking of collaboration, Favorite Gentlemen label head Andy Hull lends his voice to the track. Check out a live video of the song:

So what's with the name? You're going to love this: think of the way that smoke curls from the end of a cigarette (such as a Winston.) Just as the smoke constantly changes, twisting, turning, and then becoming part of the air... Winston Audio sees music in the same way. The music on this upcoming release, which is the band's first LP, gets progressively stronger as each track plays. This is a fabulous album to set the tone for 2009. It's so real, and soulful, and it flows well.

Winston Audio The Red Rhythm comes out February 10. This is one worth a visit to the record store, so mark it on your calendar. In the meantime, watch the label's site for tour dates and more info on the band.
Posted by The Little One at 3:55 AM