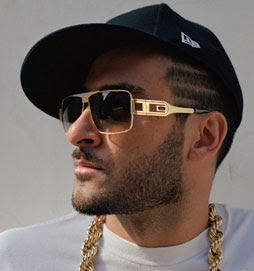 So this week, I'm going to give you guys mostly a bunch of old Armand Van Helden tunes. I shit you not, if it's from the years 1994 to 1998? I most likely have it on wax. He used to reside here in Boston, and played at the locally legendary Loft. I missed out on the Loft back in '96 by maybe a few months, and man, I am still upset I never got to experience it. Those were my formative days with house music, and I am sure that would've just sped up the process!

Since I've found so many tunes that Armand's done that I want to share, I will keep this in two parts. A couple of local Boston guys have done the Armand theme in the past, and it's really not easy picking what tunes to represent what Armand did! The Soul Clap guys have been in Boston for a long ass time, also, and know their shit. Here's a link to their blog postings on Armand.

So let's get this shit started! If I find the response to these little retrospectives to be very positive - meaning you should leave comments or e-mail me at waltzink@gmail.com - then I may do a second batch of his old school shizzy!

First off, I remember talking to a guy about five years ago that knew Armand back in the Loft days, and he actually told me I reminded him of Armand from the attitude standpoint. Basically, fuck trends....fuck "top ten" lists....do what you like and take some chances. It was probably the most humbling thing I'd heard in...well...ever. He told me that when Armand first moved down to NYC, he was actually essentially homeless for the first three weeks there! A lot can change in just two or three years, huh? Whether or not that's true is up for debate, and Armand, I hear, hates interviews. And I know some kids who hang with him and they've said even with their help, it wouldn't be likely.

Armand's early stuff actually bounces around a lot. Here, you'll see what I mean. I have given you guys what is probably my favorite Armand cut - The Mole People's "Break Night". It's a 13 minute long track! It's deep, tribal, and hypnotizing. Released on Strictly Rhythm back in 1995, it was just one of many Armand tunes that would help establish him as a future force in dance music. Of course, I could've just given you all Armand's "Witch Doktor" as the tune that embodies his old stuff, but everyone does that.

Editors Note: Strictly Rhythm has asked us to no longer offer the track from Mole People from our site.  Like a responsible music blog, we complied. 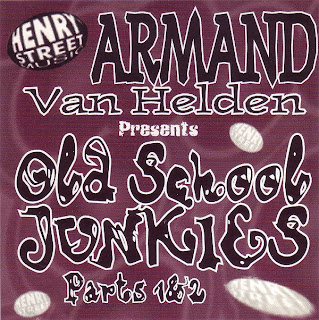 So the next two are from the same album. He was also on another classic label - Henry Street. These two are lesser known tracks from his Old School Junkies persona. "Brooklyn Beats" has a sort of twisted story, however. It's on Armand's Old School Junkies - The Album (parts 1 and 2) but when I first heard this? I was under the impression it was another artist by the name of Scotti Deep. Well, I can't see anywhere where the track actually was produced by Armand. In fact, this particular mix was done by Pulse 2 Rhythm. So who knows who actually gets credit for this one. For now? I will put it here as Armand's "version" I guess. If anyone can clear this up, feel free!

The next is is a very underrated track of his. "Play The World" is very deep and funky. It's actually a few years ahead of its time, in my opinion. While some artists may have done deep tracks like this, none were getting released in such a manner that reached a pretty large - for electronic music - audience.

The last one is a remix Armand did about the same time he produced all of the above tracks. Sagat is known for one track. The song "Fuk Dat" got wide play, and was remixed by the likes of Josh Wink and Armand. Here, Armand has it in a very stripped down format, and has a killer acid loop (albeit not in the classic Chicago acid house sense) backing it. There's another mix he did with the full vocals, but this one takes the cake.

In fact, he even made a video for this cut! Of course, he had to tone it down a bit, and it was re-titled "Funk Dat", but you get the point!

Oh yeah! Go buy this stuff! Or else someone named Vinny is coming to your house. My guess is it won't be for dinner, either.

thanks for the shout out dude!