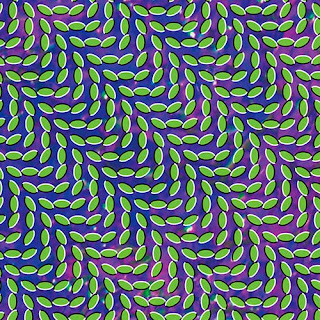 So Animal Collective recently released a new album! Yes, these weird folksy guys are releasing some more strange tunes. I have yet to take a good, long listen to their new album Merriweather Post Pavillion, but I am sure it will be sort of an extension of their last album, Strawberry Jam. I say that meaning there should be an obvious directional difference with some of the tracks, and from the little I've heard, it's adding more of the spacey kitsch that made Panda Bear's Person Pitch such a fantastic album. And yes, the album cover is very trippy.

Well, this post is a departure from the recent long-winded stuff I've written lately. I'm simply giving you the first single - "My Girls" - off of the album, but also a nicely done remix that Dave Wrangler submitted my way (as well as practically every blog out there!). If I had a gig now? I'd have no qualms droppin' this track in a house set, and have every reason to believe practically any sort of crowd would like it. This is a super DJ-friendly remix that sounds very clean and crisp. It's one I highly suggest you guys grab from here. 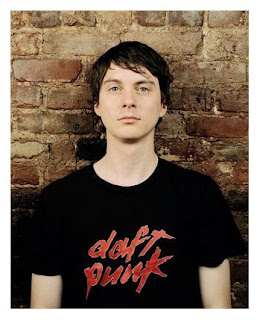 The original is very spacey, and brings thoughts of the Beach Boys, circa Pet Sounds, when Brian Wilson was trying practically any drug shoved in front of him. The only complaint I have with this song is that it builds to a point, and just sort of hangs there before ending rather abruptly. Otherwise, this is a great tune. So enjoy, boys and girls!

And yes, I expect you to buy the album! With groups like this that are lesser known, it's that much more important to help them out with a purchase. If not through us, then buy something while at their shows! That's even more kickass. I'd probably even give you a hug. A boney, pale, Irish, drunken hug. Which really just means either I'd pass out on your lawn or start a fight with a barstool. Either way, you're entertained.