Yes, I get the weird duty of doing the posts on both X-mas eve and New Year's Eve. Right now it's fucking snowing up here in Boston. We had two storms a couple weeks back that dumped 20 inches on us. Then it melted. I was like, "Yay! I can park my car without having to destroy my back by shoveling now!" And now more snow. Some New Year, eh?

Anyways, I have to say I hope yours is good. And to bring in the New Year? Here are some more submissions I have gotten over the last few months. A sort of "Look Out For These Guys in '09" sort of post. 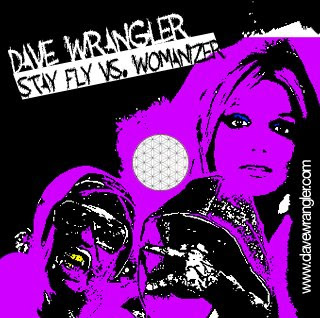 First up is a dude by the name of Dave Wrangler. Here's his MySpace page. He's from Houston, and the South does do things dirty! He's sent me a couple of tracks, and I wanted to share these with you guys, also. He does remixes of hip-hop cuts as well as mash-ups. They're pretty straight-forward club cuts, and if you're into dudes like Jokers Of The Scene, you'll dig this guy's stuff.

Next up is the post-punk group the Homosexuals. Myspace page is here. Now, I got this e-mail December 5th, touting their first US tour ever. Only problem? All the shows had already passed! And one was near Boston! Fuckin' hell. I would've gone to see these guys, too. They're definitely known to folks who dig the old school punk. And they released their first music in about 25 years. Here's one of their new cuts, "Slow Guns". Good shit!

And lastly is a band that you guys probably know already. Devotchka. Myspace page is here. Well, for the XBox 360 game Gears of War 2, the fun folks at Microsoft chose to use a song of theirs that many people reading this already probably know - "How It Ends". If you don't recognize it by name? It was used in Little Miss Sunshine, and brilliantly, at that. So below, I give you their hit "How It Ends", and have posted the commercial used to promote Gears of War 2.

And now? My "This shit has been on my iPod all goddamned year!" list. Yes. I swear. a lot. It's beautiful. So here's my list. You'll notice I left off MGMT, as well as a few other indie-hipster-bandwagon groups. Well, it's not bad stuff. It's just that I got sick of them after about three weeks. These guys? I obviously didn't get sick of! So here you go!

As usual, buy this shit! Do it! For the children! Or just imagine children are somehow involved.